Agriculture and chemistry are moving closer to each other. If they would integrate, Rabobank’s Daan Dijk said at the World Bio Markets conference, they will trigger the 21st century innovation wave. Together they will form a new economic sector as strong as ICT when information and communication technologies merged. A strong biobased supply chain will be the critical success factor in this biobased economy. 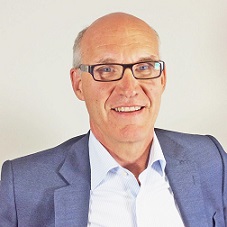 Cautious approach of the agri and chemical sectors

‘At present, the chemical sector actively investigates investing in processing agricultural feedstock,’ says Daan Dijk. ‘And many agri industries invest in enhanced chemical research. The two sectors are still wide apart, having very different business models, risk perceptions and ROI expectations. But the case for moving closer is compelling on both sides. The chemical industry discovers the high value molecules that agriculture can supply, and agri industries perceive the vast opportunities of making more from their products: both through the valorisation of the whole crop, and through the production of chemicals, that sell at a higher price than food, feed and indeed energy. In a merged industry, agri would earn a higher income per hectare – so it could invest more and thereby boost land productivity. The chemical industry would bring its operational excellence to the combined efforts. Together, they could be very strong. Biorefinery and biotech are the next wave of innovation.’

According to Rabobank, the prospect of such a biobased economy is particularly appealing for Europe. Both its agri and chemical sectors are strong. Europe has the know-how: chemical engineering, bioneering, agronomy, ICT. It has a huge internal market. And last but not least, in the biobased economy Europe would have a reliable indigenous feedstock for its chemical industry: both wood and sugar (at world market prices, as Dutch SuikerUnie continues to stress).

Sugar will become the main feedstock for green chemistry and the green chemical industry.

‘In this biobased economy,’ says Dijk, ‘Rabobank would like to come in as early as possible. As a long-term capital supplier to agriculture, it has ample insight in the market dynamics of agri commodities. Many outsiders perceive these markets as very risky: having many small-scale suppliers, weather risk, heterogeneous feedstock, volatile prices, complex logistics, and poor security of supply. And indeed, for instance the sugar price is volatile – but sugar never saw a price hike as high as that of oil in 2008. And there are approaches that can shield companies from some of these risks. Long-term supply contracts for commodities like sugar and starch are quite common.’

Integration could be up or down the supply chain, but the latter is much more likely because the chemical industry (or chemicals) will hardly invest in a business (agriculture) that it perceives as more risky and that has a lower rate of return. The chemical industry will pursue long-term contracts and invest in joint ventures (like the early movers BioAmber, Nature Works and Dupont-Tate and Lyle). Much of the movement will have to come from the agri industry. Few people are aware that a solid 70% of total capital in a biobased supply chain like the plant bottle is agri related. But agribusiness is cautious by nature. Rabobank foresees that multiple investors of different sizes could contribute to projects they could not support independently; both private equity and banks could be part of such a scheme.

‘A stable biobased supply chain in such projects would be of the essence. Partners would assure to each other stable, predicted and contracted cash flows. Project exposure to long-term commodity and/or price risks should be mitigated. And parties should pursue due diligence to assess the main risks. Keeping these requirements in mind, parties as different as chemical and agri industries could embark upon a common adventure.’ Says Daan Dijk.