In my increasingly eurosceptical home country, The Netherlands, intellectuals take a renewed interest in Europe. The squarely pro-European essay by the Austrian author and essayist Robert Menasse has been translated into Dutch. And the major study of the Belgian researcher Jonathan Holslag ‘De kracht van het paradijs’ (in Dutch, to be translated), a plea for an ambitious Europe, sells well. Holslag even appeared in the prime-time popular Dutch TV program DWDD. 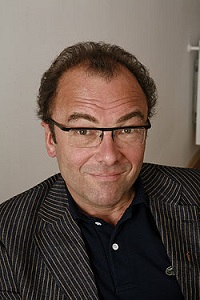 What is Angela Merkel’s democratic mandate?

In his book, Menasse squarely attacks euroscepticism. He wants more of Europe, particularly a more democratic and more federal Europe. His main theme is the rationality of European institutions, as opposed to the particular interests of the nation states, represented by their governments. Take the Greek debt crisis as an example. The European Commission’s proposals were good, and could have resulted in a quick way out of the crisis. Painful, but bearable. But national self-interests stood in the way. In particular, the German, Dutch and Finnish fear to lose their money proved to be a powerful obstacle. ‘The Greeks will repay us to the last penny,’ political leaders asserted, knowing better than that. And with that as a leading principle, half-hearted measures were taken, founded on illusions, causing the crisis to prolong, in the end to spread to the entire Euro zone. Angela Merkel always gets her way, Menasse rants. She keeps an eye on the German electorate, pacts with the French president, and the rest will have to concur. But what is Merkel’s democratic mandate? Only Germans can vote for her, and less than half of them actually did so. The democratically elected European bodies, parliament in particular, are overruled. According to Menasse, more of Europe will result in better policies, and a better democratic mandate. 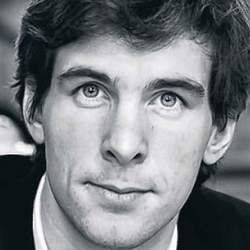 An ambitious Europe in the world

Jonathan Holslag concentrates more on Europe’s position in the world. ‘We are heading toward an Asian age,’ he says. ‘For the first time in centuries, Europe will not have access to the world as its playing ground in which it can resolve its internal conflicts; on the contrary, the rest of the world will have Europe as its playing ground for a new episode of economic dispute, strategic rivalry and radicalisation’ (p.545). The only way to avoid that is to become an ambitious Europe. At present, Europe erodes because its citizens drop out and do not feel part of society any more. And rightfully so, for the lowest 40% of the population. Their perspective evaporates, and all that remains is the prospect of being shoved from one unappealing temporary job to the next one. Europe undermines itself, loses the support of its citizens, and hence will become indeed the plaything of the new economic powers.

‘Of course we need more Europe.’ Holslag gives an example. In climate negotiations, Europe started as an ambitious and powerful negotiator. As the only stakeholder in the world it created a market for CO2 emission rights. If this had been successful, it would have had a major impact on emission reduction. But then the economic crisis came, and energy use did not by far grow as much as previously expected. That resulted in an excess of emission rights on the market, and a dramatically falling price. A strong and ambitious Europe would have reacted by reducing the number of emission rights in the market. But some member states opposed that. Yes, because of national self-interest. Holslag mentions Poland and Italy. And by allowing the CO2 market to dwindle, Europe all at once reduced itself to an insignificant factor. It did not even have the power to realise its own goals. Let alone to be a powerful party in international negotiations. And Holslag gives many similar examples.

Holslag rightfully stresses that an ambitious Europe should find a new internal motivation first, a new ethos. He calls this a new ‘humanism’. Primarily, European countries should find this by adhering to the values cherished by Europeans. The economic agenda should reflect these values. Therefore, an ambitious Europe should work to strengthen six areas, respectively: quality housing, public infrastructure, education, health care, agriculture and industry. Europe needs to stress the first four, in order to convey the message to its citizens that society is still about them. The last one, industry, figures first in most lists by policy makers. Industry as well, says Holslag, should reflect society’s new priorities: clean energy, sustainable materials, recycling, public transport, affordable medication and so on. And conditions of industrial production count as well: ‘For a more resilient society, the industrial process is as important as its product. The issues are working conditions, the environment, sustainability, consequences for transport, the quality of suppliers, and even beauty’ (p.530). Building upon this humanism, Holslag says, an ambitious Europe can regain the hearts and minds of its citizens.

In the Netherlands, cheap criticism had it that was easy for Holslag, a citizen of a failed state (Belgium) to make a plea for a stronger Europe. But that does not pay tribute to his convincing arguments. Holslag separated the European project from the unappealing business of bureaucratic rulemaking and stated a new vision on society; and in doing so, he convincingly formulated his project for an ambitious Europe.