You are here: Home / 2014 / May / Glocal project: Ecover’s experiment on Mallorca

Glocal is the buzzword at Ecover: a term coined from Global and Local. Glocal also is the name of a major Ecover project, together with Forum for the Future, intended to sow the seeds for local production and local circular economies. Ecover first investigates this area on Mallorca, where it intends to produce its articles (starting with detergents) entirely from local feedstock. With the aim not to harm the local environment, and to contribute to the local economy. A pilot project for the future circular economy. 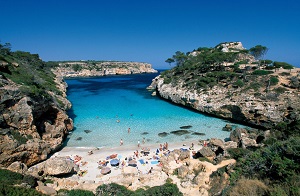 Mallorca is well suited for a glocal project

Advantages for a Glocal project

Mallorca’s economy is dominated by tourism. In the high season, the island can host as many as one million visitors. Therefore, employment at the island is strongly dominated by tourism, there is a lot of unemployment in winter time. But Mallorca is an agricultural island as well, and among others produces oranges, olives and wine. The side products of these activities are a source of feedstock for local industries. On top of that, Mallorca also produces very much waste, partly also useful. For a project in the philosophy of Glocal, the island has many advantages: not too large, well defined, and in the EU.

Tom Domen, manager long-term innovation at Ecover, highlights the thoroughness that characterises the project. On Mallorca, the University of the Baleares cooperates in the project; it made an inventory of all possible feedstock streams on the island. And so does the University of Barcelona, that is knowledgeable on the processing of olive and orange waste streams. For the project, the potential for biomass production has been estimated from remote sensing images. Ecover works together with local companies in a consortium, that has applied for a grant for the project under the EU innovation program Horizon 2020. 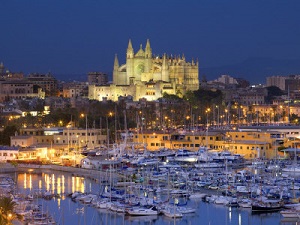 In the high season, Mallorca can host as many as one million visitiors.

Lending an ear to local needs

‘Such a project has a logic quite different from that of other industrial projects,’ says Tom Domen. ‘Funding is different, cooperation models are different. Just talking about the idea creates a lot of movement, people get enthusiastic and like to participate. The project should remain small in order to retain that enthusiasm, but for reasons of quality control it should still have a certain size. Therefore, the project’s organisation should be absolutely lean, the project should refrain from making any major investments. Participation of local producers is absolutely vital, as is the ability to lend an ear to local needs.’

The Glocal project on Mallorca starts simple. The first product, to be marketed from the fall of 2014 onwards, is a detergent. Preferably sold in good, locally produced packaging. Ecover and Forum for the Future hope that the activities on Mallorca will pave the way for successful Glocal projects elsewhere.