Worldwide, peak gas is not yet an issue; but the Netherlands have now crossed The Hill. Europe’s largest gas field, discovered some 50 years ago, has been depleted for two thirds. The Dutch will not be able to deplete the remaining third at the same speed, as earthquakes and soil subsidence are becoming a heavy burden on Groningen locals. In short, the countdown has begun. 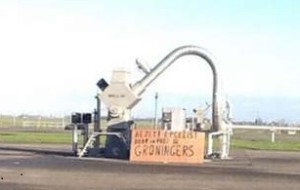 Where did the revenue go?
In those 50 years, the Dutch have earned some € 500 billion from the gas. Although, earned? They did not have to do much. The gas surfaced and they could just transfer it to the customers through a pipe connected to a cash register. Meanwhile, they made a good living from that money. Better than surrounding countries, which did not have such an easy source of income. ‘Santa Claus does exist,’ a politician said about government back in those days. It was a wonderful time, but it did not prepare the Dutch for the near future, in which they will have to do with less gas, and hence with less income. Admittedly the Dutch did pay some infrastructure with the revenues, and even some R&D, but when the crisis came, the government thought it wiser to devote the money to solving its own national debt problems. In some countries, revenues from mineral resources directly feed the Swiss bank accounts of those in power. To my knowledge, that has not happened in the Netherlands. But the Norwegians, looking with dismay at the Dutch squandering their money, called into existence a kind of fund for everyone. All Norwegians are millionaires now. But surely, countries can do without gas? The neighbouring Swedes, without any gas finds, have formed an wealthy society as well. And I keep wondering, how have other European countries, like Belgium, come all this way without gas? 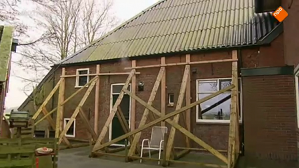 Better funding of innovation
One might conclude that the Dutch have not prepared themselves adequately for the coming era without their milch cow. Responsible persons now ask for better funding of innovation – but that would require devoting money to R&D and the entire subsequent innovation train. I do not see that happening in the near future. The money just is no longer available. ‘Go to Europe for funding,’ Dutch government says to companies, pointing at the major European programs for research and innovation; but to me, it would seem to be an outright scandal that a rich country like the Netherlands should debase itself to such a strategy.

Now is the time to make tough choices. This site is about green society and green industry, and in that area, the Netherlands have more to offer than many. Dutch horticulture and chemical industry have such high technical levels that the Netherlands could – and should – take the lead in Europe in this area. But no opinion leader ever mentions agriculture and its opportunities. The Dutch main stronghold, Wageningen University and Research (WUR) has recently been subjected to the general regime of the Ministry of Economic Affairs. Formerly the flagship of the agricultural minister, therefore assured of attention and additional funding, this global top institute has become part of the recently formed super ministry now responsible for the entire Dutch economy. No special position any more for agriculture, whereas this is more needed than ever before. The Dutch do not make an outright choice for biobased, acknowledging where their opportunities lie, they rather blabber about innovation in general.