You are here: Home / 2013 / October / Sustainable energy, keeping the score. Part 1: The role of biomass

After a few decades of research and development a halfway score is meaningful and, on headlines, very well feasible. For various reasons wind and biomass are showing their limits. Solar energy still has a big upward potential. Other sustainable sources for energy, such as tidal streams, geothermal energy or white electricity are within reach for a limited number of countries only. That could be different within a strong European partnership. It is too early to make meaningful projections about new technological developments as biosolar cells or blue energy from sea/fresh water interactions. Fukushima and shale gas have resulted in a few shock waves through the traditional energy sectors, which are still having their impact. However, there is no way around utilising fossil energy for a number of decades to come. 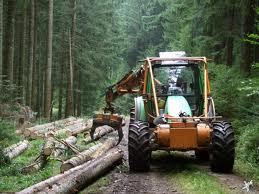 The role of biomass in energy supply in the industrialised countries is limited.

As any up to date marketing course will teach us, an existing market with established commercial positions can be upset when new suppliers with alternative technologies can serve between 5 and 10% of demand. The world energy market is exactly in that position. Shale gas and Fukushima have shaken the old structures, whereas sustainable alternatives as sun, wind and water have reached ‘annoying’ levels at some places, aggravated by high involvement of their end customers (sometimes co-producers). Whereas the oil and gas industry has always been very much involved in developing alternative energy sources, whether sustainable or not, the electricity sector is just now making their first moves. Their arguments are fully predictable: sustainable alternatives are too expensive, we are doing it already ourselves, the rules of the game are unfair, wrong policies in subsidies etc. The debate on electricity transport in some European countries is exemplary. Now that we are really on the move after 25 years of research and development in sustainable energy, it is timely to sketch the possible outcome after another 25 years.

Biomass clearly shows its limits
The idea that biomass should first and foremost be used for other purposes than energy has become commonplace, in particular in the last few years. Arguments need to be repeated, however, and further clarified. The higher added value applications for biomass are mainly in the domain of chemical and materials, which today are primarily derived from fossil-based materials and amount to ca. 600 million tons worldwide. The aforementioned principle of cascaded use of biomass (biorefinery) thus implies an upper limit of biomass for energy of 600 million tons (excluding traditional applications in developing countries), corresponding to no more than 10% of world energy consumption. Given the numerous research programs aiming at 30-50% greening of the chemical and materials industry, a realistic limit for energy from biomass therefore is 5% to the maximum in developed countries. When traditional uses are included, we can put the limit at ca. 10% for the world. 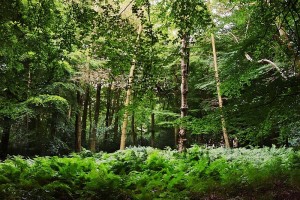 Forest-rich countries might profit a lot from the development of wood biorefienery.

Conflicts with biomass for food vs. energy do not materialise in this way: the 600 million tons are negligible compared to the almost 10 billion tons of biomass taken in process for our supply of food (over 3 billion tons). Moreover, the agro-food industry and the chemicals and materials sector can exchange a lot of their (existing) technologies and know-how to further mutual success. Forestry, with wood and paper as main products, can easily be incorporated in the refinery of biomass. Forest-rich countries are already taking their chances in developing new business lines from lignin and cellulose. The upper limit of 10% of our energy from biomass remains in place together with the principle of biomass for energy as our very last resort. A completely different case does emerge when priority is given to biomass for energy. Then the battle to green a greater part of the present 20 billion tons of fossil resources for energy would compete with the 10 billion tons of biomass for food. That would mean asking for big trouble.

Biomass in the Dutch energy setting
In 2012 4,4% of the Dutch energy consumption was based on renewable sources, mainly biomass. It would seem that the Netherlands are on the right track in applying biomass for energy. However, the character of the biomass used deserves further comment. Co-firing of wood is the larger part of this biomass, in particular fresh wood. This is not in line with the principle of biomass for energy at the end of its business cycle. Moreover, wood is by far not the most abundant kind of biomass in the Netherlands. With the cascade principle in mind, the largest users and producers of biomass should be in the lead; i.e. the agro-food industry. Then, co-firing does not come at the first place. Instead, energy saving in agriculture and food industry should come first, together with energy production for internal use from agricultural rest streams. Production of bio-diesel from combined food-energy crops and extraction of green gas from side streams will come in place. Green gas offers the best opportunities because gasification and fermentation are the best technologies to convert ultimate rest streams to energy. Cooperation with entrepreneurs and civil organizations in water treatment, sewage converters and waste processors is advisable, as the technology and knowhow required is similar and complementary. Developments towards initial production of bioplastics from these rest streams through various biotechnological processes fits very well within this context. The same holds for regeneration of minerals and clean water.