You are here: Home / 2013 / August / Phosphorus recovery, an urgent matter

Phosphorus is an essential element in the formation of vegetal and animal biomass. But whereas living organisms can use oxygen and nitrogen from the air for their processes, phosphorus is only available as a mineral, in the form of phosphate. The resources are limited – enough for some decades of use – and many of them are not situated in politically stable areas. Recovery is the only option available. And that is difficult, it will require much political, social and technological effort. 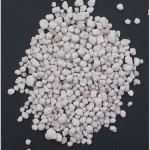 Europe is in a particularly difficult position. We do not have any phosphate resources on our continent, and import it in the form of the mineral, and in animal feed. The resources are situated in China, the US, Morocco and some other countries. The price of the mineral is uncontrollable. In 2008 for instance, it rose by 800%. Worse even, upon depletion of the mineral, i.e. when it is diluted to such an extent in the environment that we cannot produce any fertiliser from it any more, agricultural productivity will be reduced dramatically; and we will only be able to sustain food production for a substantially reduced number of people. In view of that, we can hardly understand that policy makers have only recently begun to pay attention to the problem of dwindling phosphate resources. The Netherlands, Germany and Belgium are among the countries that are most concerned. And Japan, in particular. Another country that has no phosphate reserves. 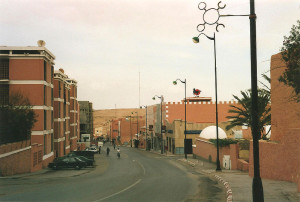 3 kg per capita per year
Each year, the world uses approximately 20 Mton phosphorus fertiliser. In Europe, that boils down to 3 kg P per capita per year. A large proportion of phosphate remains in the soil (and partly washes out to the sea), and ends up in manure through food and feed; another part disappears into sewage through detergents. Recovery of the maximum percentage of phosphorus by all available means would seem to be of the utmost importance. A problem being that often, phosphate is contaminated by heavy metals. In the Netherlands, Delft Technical University and TNO once developed a process for cadmium separation from the ore. The process has never been applied in practice, the rich countries bought the more expensive cadmium free ore, and the poor countries could not afford it. So pollution continued.

Europe started a project for a more sustainable use of phosphate, and it would like to stimulate phosphorus recovery as much as possible. In March 2013 it organised a first conference, the main subject being to secure the phosphate needs of future generations. Europe will adapt its regulation for this goal, clearing the way for use of sewage sludge as a fertiliser. It would seem of the utmost importance to redesign as many processes as possible, like manure treatment, to the goal of phosphorus recovery. Or to use of phosphates as fertilisers.

Struvite
There are several projects for phosphorus reclamation from sewage sludge through fermentation. The city of Amsterdam constructs a large pilot facility for production of struvite, a phosphate that can be used as a substitute for phosphate ore in fertiliser; and biogas and recovered fibres from toilet paper, to be used as an additive to asphalt in road construction, in order to prevent sagging. The plant will produce one thousand tons of struvite yearly. Soon, individual consumers will be allowed to use struvite in their gardens, forbidden at present. Another pathway includes incinerating the sludge and recovering phosphate from the ashes. That is what Thermphos in Vlissingen used to do, the only phosphorus plant in Europe. But that has been closed down; Europe will have to find a solution for it.