North-western Europe may become a feedstock supplier. Not a supplier of natural gas, but of sugar. A major opportunity for the chemical industry, and a possible breakthrough for the biobased economy. 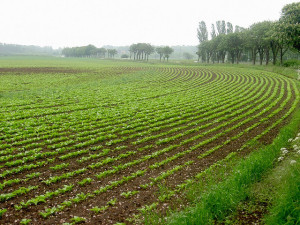 What has changed? North-western Europe has been producing sugar for a long time. Although we could produce more, European regulation sets quota, limiting each country’s production. The game around sugar, the quota, the European protection of its market and the world commodity prices always was muddy for those not directly involved in this business. We admit that fossil oil and gas prices have little to do with their production costs either, but the game around sugar prices, subsidies, favourised countries and admitted quantities was even much more complicated, although regulated in detail.

Competitive on the world market
But now, there is a breakthrough in the Netherlands. The country has always been good at growing sugar beet. On an acreage on the basis of rotation of some 200 000 hectares suited for beet production, Dutch farmers can have a yield of as much as 13 to 15 tons per hectare. That amount will go up in the future, and Dutch farmers are already in the world league. On the basis of European regulation, Dutch farmers are allowed to produce almost one million tons of ‘food sugar’ annually, whereas the country could easily produce three million tons. Therefore, only 73 000 hectares are sown each year. Under existing regulation, the Netherlands would be allowed to produce the extra two million tons, but it is not allowed to sell it on the world market nor export it… and therefore the amount can only be processed within Europe. However, this Dutch sugar is price competitive on the world market. Even more so, Dutch farmers, i.e. their cooperative organisations, recently decided to sell this sugar at world market prices on long term contracts. That is important for investments in the processing industry. Suddenly, because of this, the Netherlands has become a world player, in competition with countries like Brazil, Thailand and other suppliers. It all revolves around this combination of price and supply security, for if production costs of your sugar are too high for industrial non-food processing, there is little to be done with it except sweetening your tea. 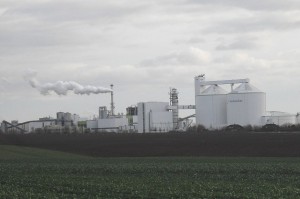 European sugar producers now prepare for the lifting of quota in 2017.

Prepare for the time after 2017
Recently, European authorities have liberated sugar quota. As of 2017, Dutch sugar producers are free to offer that sugar anywhere. The same holds true for sugar beet farmers in the large North-west European wet agricultural area that extends from Northern France to Niedersachsen. Now they prepare for the time after 2017. In view of the estimated production cost, Dutch producers anticipate for that under the existing quota system, and offer it as feedstock for the European green chemical industry. It could be a breakthrough for the biobased economy. Even though the biobased products still need a premium on top of the fossil products price. No, many biobased products still are not competitive with fossil products; but on the other hand, many brand owners are prepared to pay that premium for a biobased (low CO2 footprint) product. If there would be a level playing field where excises and taxes would be charged on the basis of net CO2 emissions, then biobased would be competitive… but for the time being we do not have such a level playing field on the basis of CO2 emissions.

Summing up: this is a major opportunity for a breakthrough of the biobased economy in Europe, on the basis of sugar as its feedstock.