Trucks and even airplanes can run on Liquefied Bio Gas. Jan Cees Vogelaar, an innovative farmer in the Dutch province of Flevoland, and founder of HarvestaGG company in Lelystad, has developed a concept for its production. He envisages twenty liquefaction installations in the Netherlands, in the middle of an area in which farmers grow, refine and cascade special grass species, fed into a fermentor to produce almost 20 million m3 of green gas. This is then compacted to LBG (Liquefied Bio Gas), a biofuel suitable for use in trucks. With his concept, he might supply biofuel to 10% of Dutch truck transport. The business case is sound, but government agencies at different levels produce regulatory barriers. 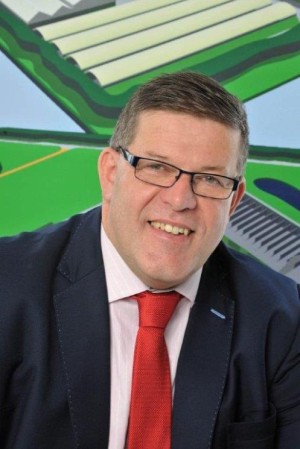 LBG competitive to diesel
Jan Cees Vogelaar owns 130 cows and 3 wind turbines. The cows thrive, the turbines do not. A consecutive number of failures last year halved his income. His new company HarvestaGG runs into difficulties as well, but of quite a different nature. As an entrepreneur and after doing a lot of research, he developed a project to grow a certain species of tall fescue in between ‘normal’ crops. I.e. get farmers interested to grow this species once in a number of years as a variation to their onions, (sugar) beet, potatoes or wheat. Growing wheat carries the least income, the net earnings on his tall fescue are better, and therefore this would seem a good option to many farmers. He envisages a local activity within a 10 mile radius, in order to prevent transport of loads of water across large distances: ‘That would stand in the way of any sound business case.’

Local farmers supply the grass; they work on the basis of a yearly contract, and get paid by the tonnage of dry weight. The yield is pre-dried on the land – to a 30% dry matter content – and then (bio)refined and cascaded to produce proteins and fibres. The proteins are used for animal feed, and the fibres produce green gas in the fermentor. But this green gas does not produce a good business case yet, and therefore Jan Cees processes it to liquefied gas in the same location. ‘Heavy lorries easily drive 1000 miles on a tank of liquefied gas, whereas compressed gas would take them only 200 miles. That is the rationale of liquefaction to LBG. Much more efficient, and with zero CO2 emission. The LBG competes with diesel, without a premium, and because there are no NOx emissions either, ‘our’ lorries are permitted in towns during a much broader interval, which leads to better distribution schemes. Essent has joined us about a year ago, and in 2015 we will see the first biogas liquefaction unit in the world in operation near Lelystad. If there are not too many barriers on the way.’ 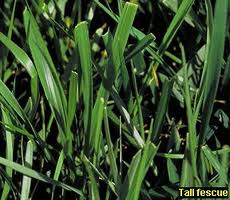 The chemical sector, not yet
All parts have to fit together precisely, and in fact the question at hand is, which biomass is the most sustainable. Everything should be functional to the concept, and merely green gas production is insufficient for the business case. That is why we need cascading. Proteins are valuable, too. For animal feed, and eventually perhaps for human food as well. But our entrepreneur has more strong points. His tall fescue is better for sustaining soil quality than other crops – ‘In the Netherlands there is a big drop in organic soil content’ – because, unlike crops that are dug up, roots remain in the soil. Roots could be processed to turf or soil enhancer, having the advantage that it contains NPK. The Netherlands imports more than one million tons of turf for use in potting soil. ‘We produce turf of excellent quality, and that even represents one quarter of our business case.’ Processing roots to turf yields a better result than processing them to pyrolysis oil, for instance. Jan Cees does not consider producing chemical base products, for the time being. He does have in mind constructing 20 locations for LBG production in the Netherlands.

Local politics
The very first project went wrong. Jan Cees Vogelaar had succeeded to arouse interest with 180 farmers in Swifterbant for growing tall fescue. ‘We need 2000 hectares of grass for one fermentor and liquefaction unit. So far, so good, but then the local council proved to be a stumbling block. Why? Because grass would be fermented. For some time, manure fermentors have been in bad odour (literally so), because they did not get their act together. ‘That is because they ferment the wrong kind of waste,’ says Jan Cees. ‘But our fermentor, which only processes vegetal waste, is quite all right.’ Yet, the local council did not approve of the project, and Jan Cees had to cancel it entirely. Now he restarted, in the nearby community of Lelystad. He hopes that this local council will approve. He calls his project the ‘Green Good Farm’, as he does not want to construct industrial installations in the countryside, but does want to contribute to the biobased economy. 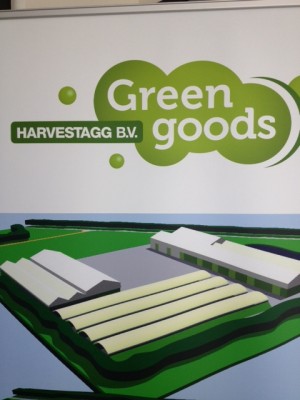 National politics
At the national level, Jan Cees gets more support. He concluded a ‘Green deal’ with the Ministry of Economic Affairs, that has agreed to clear up stumbling blocks in the field of the biobased economy. He owes them a great deal. They regard grass as a non-food (second generation biofuel), which would qualify for double counting when processed to produce biodiesel, because of its cellulose and lignocellulose content. But the Ministry of Infrastructure and the Environment does not agree to this, because grass also contains proteins, fats and sugars. On top of that, in 2014 a quadruple counting will be called into existence. But again, biofuel from grass does not qualify for that. This notwithstanding that international experts, several NGOs and the Ministry of Economic Affairs judge it to be a fine concept that meets all conditions. This poses a major problem to this innovative entrepreneur, who asks himself why other countries give such schemes a go-ahead, and just the Netherlands do not. ‘Government’s ways are unparalleled’, he sighs. ‘the Ministry of the Environment effectively blocks a new green industry.’

Jan Cees Vogelaar: ‘We develop robust processes, and do not consider technical niceties, but produce a solid business case, which – if calculated properly – could call into existence a new, green industry for the Netherlands.’ And he has yet another argument: ‘Geese are not fond of our grass, and pressure from geese is mounting in our country. Therefore, this process could be just the right one for the Schiphol area. And that is precisely where we plan our next location.’