You are here: Home / 2013 / February / Ton Runneboom: industrial sugar might be a breakthrough for the biobased economy

In 2015, an entirely new agricultural policy needs to be in place in Europe. Hopefully, this new Common Agricultural Policy (CAP) will offer new opportunities for innovation, and for the cooperation between the chemical and agricultural sectors. The use of industrial sugar for chemicals and materials production might be a good start. But then, Europe must include this in its policy. We discuss opportunities with Ton Runneboom, chairman to the Dutch Biobased Business Platform. 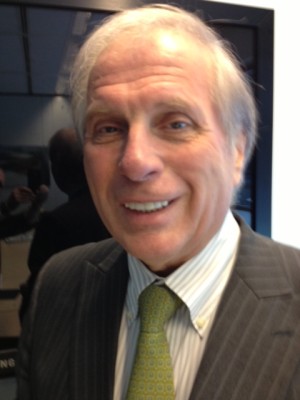 ‘Originally, CAP was devised for food autarky in Europe. Therefore we protected our cereals market, but in 1992 we opened the proteins market for the world. As a consequence we now import huge quantities of soy for animal feed in Europe, totalling 30 million tons yearly. We need not be surprised to see how eager the Americans are to sell their GM soy to Europe.’ We dealt with CAP revision recently, on 17 February 2013. We will often return to this subject.

Sugar, a major opportunity for the biobased economy
The sugar market is another big agricultural market in Europe, next to the cereals market and the proteins market. And in that sector, Europe has major opportunities. We take the Netherlands as an example. Cosun, the Dutch sugar producer, produces one million tons annually on 70 000 hectares of beet. Cosun could easily produce more, for the acreage in use now is less than half of that needed a mere 10 years ago; but the Dutch quota is just one million tons. Cosun produces this sugar with such an efficiency that it could produce sugar at world market prices – and that makes the Netherlands a potential feedstock producer in the biobased economy. 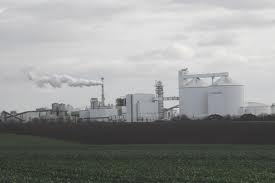 There are sugar factories all over the world

‘In fact, sugar is the best example of Dutch potential in the biobased economy’, says Ton Runneboom. ‘Apart from everything else, the sugar beet is the most attractive crop for the farmer. It delivers him some € 500 more per hectare than any other crop. Moreover, sugar is by far the best feedstock for a large group of base chemicals and related products.’ And the good thing is, one does not need to produce crystal sugar first: direct fermentation of crushed beet will do the job equally well. So present your molasses or waste product with the correct organisms, and they will produce whatever you need. For instance, sugar is a major feedstock for polylactic acid. Nature Works (Cargill) uses more than half a million tons of sugar to produce 150 000 tons of this polymer. And sugar is the feedstock for biosuccinic acid, produced already in small quantities in Northern France; the first commercial plants in Europe for this product will come on stream soon.

The sugar market is locked in, but not for industrial sugar
But the sugar market in Europe is completely locked in. On our continent, we produce 13 million tons of sugar for the food market – at a price well above world market prices – and that quantity is protected from the rest of the world. Although the World Trade Organisation (WTO) succeeded to negotiate a European import quantity of 2.5 million tons from third world countries. A quantity that Europe is not allowed to dump back on the world market. In other words: sugar production for the food market is completely locked in by import and export quota.

But according to Ton Runneboom, that does not hold true for industrial sugar. ‘Any sugar we produce in Europe on top of the granted quota, is free to be sold to industry.’ And Cosun could do that at the right price. All on its own, the sugar industry is locked in; so far, the chemical sector was hardly interested in sugar as a feedstock. But if the two would cooperate and develop new production chains, restrictions imposed by quota will not apply any more, and both sectors might lay the foundations for the biobased economy. Why didn’t that happen yet? Who can tell? 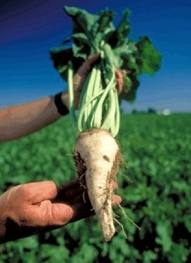 All within the framework of existing rules
But in order to accomplish this, we will need a visionary agricultural policy. The agricultural and chemical sectors have not become very well acquainted yet. But the opportunities are there, and we do not even need much innovation on the side of production. The Brazilians already skip the production of granulated sugar: they just crush the sugar cane, and then ferment the broth. We could do that in Europe as well: treat the sugar beet directly. Find the right yeasts, enzymes and microorganisms, and then make anything you want. Because most substances you would like to produce are right there already, at least in principle. We already produce poly hydroxy alkanoates, a new category of biobased polymers, from sugar industry waste. It is an example of the right treatment of complexity: present the biomass directly with the correct organism, and produce your product directly.

Ton Runneboom: ‘Sugar is the perfect example of the Netherlands’ potential for the biobased economy. Everything I propose can be done within the framework of existing European and Dutch rules, and of all world trade agreements. Holland is a feedstock supplier.’ We just are not aware of that yet.