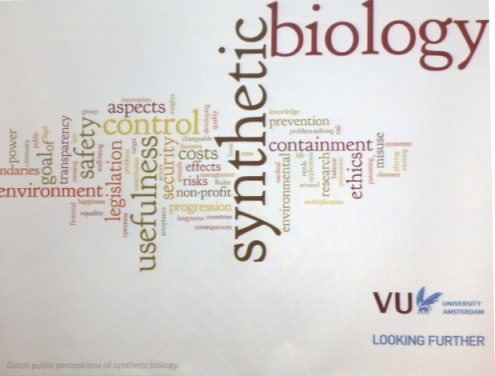 Will the advent of the biobased society lead to a better world? One the face of it, one would affirm this idea: back to nature, or something like that. Jean-Jacques Rousseau and the Physiocrats, but at a higher technological level; larger and at the same time smaller in scale, and characterized by a better distribution of knowledge and income. But would that new society also be more democratic, with an even distribution of power?

I do not think so, biobased society’s first manifestations do not indicate this: knowledge is mainly concentrated in scientific research institutes, and it becomes ever more complicated, hence more difficult to understand for the common citizen. Industry does take the lead, voicing People, Plate and Profit again and again, but will this not boil down to (merely) Profit in the end? And if we head for a better green society, will that process propel itself, or do we have to act on that way very carefully and with a clear sense of direction?

A Gideon battalion
Who reflects on such a future green society? The US? Europe? Sure, Europe does, albeit on a small scale. Early December ESF, the European Science Foundation, had assembled a ‘Gideon battalion’ in Amsterdam. Under the leadership of Hub Zwart, a philosopher and professor at Radboud University (Nijmegen), ESF started a debate on this subject, also intended to draw up an agenda for subsequent discussions. Although it is not always clear which European body takes the initiative, Europe does reflect on the biobased society. It puts on the agenda the question which educational courses we will need (the skills conference), and spatial planning in the future society (the meeting on the regions).

Now ESF took the lead, a party subsidized scientific community which organized the meeting ‘Towards a Sustainable Bio-based Society’. In 2013, four meetings will discuss Sustainable Energy, Agricultural Biotechnology, Intellectual Property, and Managing Innovation. This meeting set the agenda. Interestingly, very fundamental questions came to the fore. Subjects which actually precede the new green economy. Like: do we really need (green) economic growth? A platform for these questions would seem to be a very good idea.

Is growth desirable?
Hub Zwart had invited one of his PhD students, Pieter Lemmens (Wageningen UR), who fundamentally questioned the concept of growth. Would not we have to strive for a circular economy without growth, he asked. An idea which pops up every now and then, to which economists and politicians have not yet come up with an answer. His questions caused some upheaval in the small conference, consisting of people who do reflect on social and political structures, which proves that it wilI even harder for us to imagine a society without any growth, than a society with green growth. Whereas Pieter – with some stress – just asked us to reflect on the biobased society from a distance. ‘The biobased society as it develops now is about business and growth,’ he said, ‘and surely there would be alternatives to this.’ In his mindset, growth and sustainability are irreconcilable; he surmises the existence of a hidden corporate agenda to turn the biobased economy too, into a ‘capitalistic machine’.

Many people in the audience were quite unhappy with this view, as many companies judge their own activities in the green economy to be beneficial to society as a whole. But Pieter’s view invites us to start thinking on a more fundamental level about the green society and its makeup. At any rate, by inviting all stakeholders to participate.