For those living in the 19th century, it was by no means evident that we could use chemistry as a weapon against bacteria. Chemistry was a young science. It found its applications in polluting and dangerous industries. The mere idea that chemical processes dominate living nature as well, was new. 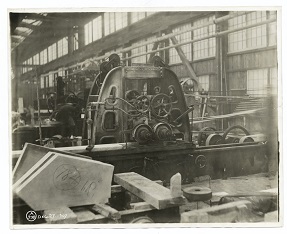 From a scientific viewpoint, the 19th century industrial revolution is primarily one of the application of physics and mechanics. Of mechanics: the construction of large machines and the transfer of forces. Of physics: application of thermodynamics in steam engines, and the discovery and development of electricity. Chemical science is outside the main theatre, always present but not dominant. Until by the end of the 19th century, chemical industry grows in importance and many substances can be produced industrially. With as its temporary summit the Haber-Bosch process, the production of ammonia from hydrogen and nitrogen. And of artificial fertilizer from it, at the very moment when natural fertilizers become depleted (by the way, this process also facilitates the production of explosives, of the essence for the German involvement in the First World War). And at that very moment we witness the birth of biochemistry, the science of processes in living organisms.

The rise of chemistry

In the 19th century, chemical science and industry, of minor importance as they might seem, had already supplied the world with the materials required for the industrial revolution. Perfectly exposed in an old book by Walter Greiling (in German and Dutch), Chemistry conquers the world. In the 18th century already, chemical science plays an important role as it can supply bleaching agents for cotton fabrics; originally produced from potash (potassium carbonate), the production of which required burning major amounts of wood. This marks the start of industries of sulfuric acid and soda, important industrial resources. Each of these steps reduces much the prices of consumer articles like soap and glass, a prerequisite for a general growth in wealth. Moreover, both sulfuric acid and soda give rise to new products that result in a continuously more important industry.

But the rise of chemistry carries two problems with it: the toxicity and the explosiveness of many substances. In the 19th century, work in chemical industry is quite dangerous. Companies hardly protect their workers against toxic substances. Explosions are quite common, particularly in the evolving industry of explosives. Effects that might bother the industry until today.

As we have shown, dyes are the intermediate between this chemical industry and the insight that chemical compounds may have antibacterial properties. The coal chemistry of the 19th century produces major amounts of useless coal tar as an end product. But this proves to be a useful feedstock for dyes, first of all of indigo (1865). A very good colouring agent for bacteria – these retain the colour if the fabric is washed out with alcohol. And this again is the basis of Paul Ehrlich’s idea to attach medicinal groups to the dye molecule in order to kill bacteria. 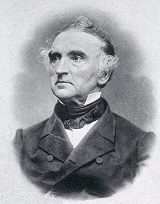 And yet, from there it still requires a major step to gain the insight that living creatures also host chemical processes. And that, the other way around, chemical agents can therefore have effect on those processes. At the end of the 19th century, the philosophy of vitalism is on many people’s minds; the idea that living organisms fundamentally differ from dead matter through a vital ‘spark’ or ‘energy’. Although the synthesis of urea (evidently an organic substance) already dates back to 1828. And although Justus von Liebig had already postulated that digestion is essentially a chemical process, in 1842. But it requires the research by Eduard Buchner in 1897 to establish the concept of the chemical nature of biological processes and to found the science of biochemistry. He shows that fermentation is a process that can also proceed outside living yeast cells. He pulverizes yeast cells with quartz and kieselguhr; the fluid that he collects doesn’t contain living cells any more, and yet it can ferment sugars. Buchner is rewarded with the Nobel prize for his work in 1907.

Greiling’s book ultimately shows how scientific progress incites new progress. The production of synthetic yarns appears to inspire the production of detergents. And the other way around. The rise of chemistry shows in particular in boundary areas: ‘the achievements of catalysts, the cleaning process, the polymerization process, the flotation process, the changes at the surfaces of fibres, the lubrication process in motors, the digestion processes in the living organism and many more. Whoever conquers these boundary areas will have the key in hand for the entire chemistry of the future’ (p.291). With the top achievement of the time: vitamin synthesis, that can cure deficiency conditions like beriberi. And the production of medicines like the sulfas, that kill harmful bacteria.

Addendum: the first edition of Greiling’s book in German (Chemie erobert die Welt) is from 1943. The Dutch translation, published by A.J.G. Strengholt (undated) also appears during the war. It contains much praise of German achievements and is quite nationalistic at times. Publishing company Strengholt showed opportunistic behaviour during the war, according to Adriaan Venema in his authoritative book from 1992 ‘Authors, publishers and their collaboration’ (in Dutch). After the war, the company immediately loses its licence because of ‘unworthy behaviour’ – but recovers it quickly again. Yet, Greiling wrote a nice book, full of details generally unknown to chemists. After removal of Nazi content, the book was republished in German in 1951. Greiling continued to work as an author; among others he published a biography of Paul Ehrlich (1954); and an interesting futuristic vision, ‘Wie werden wir leben?’ also published in 1954.