The real sustainability revolution in farming is New Breeding Techniques like CRISPR. Why are organic farmers blocked from using them?

This article by David Warmflash was originally published on the site of Genetic Literacy Project. 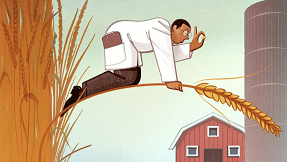 How do we define ‘organics’? From a legal perspective, the term can only be applied to foods that meet a laundry list of requirements set forth by the US Department of Agriculture or similar agencies around the world. But these rules leave no room for technological advances falling under the umbrella of New Breeding Techniques that could help us produce foods more sustainably.

Classic genetic engineering relies on transgenics in which genes from one organism is inserted into another. An example: insect resistant soybeans and corn were engineered to contain Bacillus thuringiensis, commonly known as Bt, a bacterium that occurs naturally in the soil. For years, bacteriologists have known that some strains of Bt produce proteins kill certain insects with alkaline digestive tracts when they try to digest the bacterium. Organic farmers have used Bt in spray form since early in the 20th century. Although anti-GMO activists embrace the use of Bt spray, they have vigorously opposed Bt engineered crops on the grounds that they were created using ‘foreign’ genes – even though there is no scientific evidence that GMO Bt crops are harmful in any way, and in fact are more sustainable than organic crops that use the spray form.

But in almost all cases, New Breeding Techniques do not involve transgenics. An illustrative example is the new gene-edited mushroom – a common white mushroom (Agaricus bisporus) engineered using CRISPR to reduce activity of a group of genes that encode an enzyme called polyphenol oxidase (PPO). By deleting just a few base pairs (letters in the language of DNA), the activity of six PPO genes was suppressed, leading to much lower levels of agents called polyphenols. As a result, the modified mushrooms do not brown when left in the air after being cut. 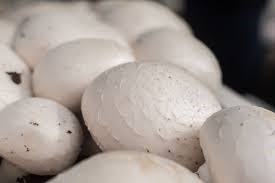 That’s presented a challenge to government oversight officials as to how they should regulate these techniques. Early in 2016, for example, the USDA decided not to regulate a new mushroom made by Penn State University scientists using CRISPR, the popular gene-editing technique. In a letter to the CRISPR mushroom developer Yinong Yang of PSU, the USDA agreed to the non-transgenic status of the mushrooms: ‘[The Animal and Plant Health Inspection Service (APHIS)] has concluded that your CRISPR/Cas9 edited white button mushrooms… do not contain any introduced genetic material… and APHIS has no reason to reason to believe that the anti-browning phenotype of [the] white button mushroom would increase the weediness of white button mushroom.’

Other NBT products now being sold or making their way to the market: 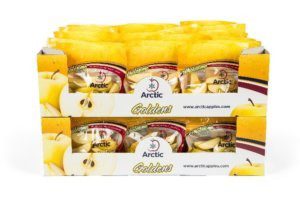 Such crops, however, cannot be sold as organic. That status is defined by organic authorities and in most cases is not related to how things are grown, nor to whether the crop is produced sustainably. Indeed, in some cases, crops developed through New Breeding Techniques can be grown with less potentially harmful inputs than those granted organic status. This disconnect between sustainability and organic certification is likely to persist in the foreseeable future because the standards that are used to designate which farm products receive an organic seal are based on, or at least influenced strongly, by ideological forces. The main such force in this case, promoted by organic authorities, is a belief that classic organic techniques are more environmentally sensitive than newer techniques, which they claim are untested and potentially dangerous.

This belief is not substantiated and scientists who work on food biotechnology have published studies in recent years making the point that cutting edge biotechnology is in many cases more “organic” (for lack of a better term) than techniques utilized on organic farms. Consequently, they maintain, farmers should be allowed to embrace New Breeding Techniques, not only for the sake of earning better profits and producing higher quality food, but to improve sustainability — mostly by reducing carbon footprints and the toll on the land. It is ironic that farmers who might embrace NBTs would be more true to agro-ecological principles and practices than those who’ve been granted the use of organic labels for following techniques that are, in some cases, more than a century old and based on outdated ideas of ‘what is sustainable’.

What do we mean by sustainability?

It’s really quite simple. Practices are more sustainable if they cause less harm to the environment in order to produce a given amount and quality of food compared with alternative practices. Thus, if an NBT version of a particular plant crop is resistant to a certain plant pathogen that ruins that crop, or if the NBT can be grown with less water or less fertilizer, or if it uses less land than the comparable non-NBT, then the NBT is more sustainable. Similarly, if an NBT reduces a crop’s carbon footprint, this too translates into improved sustainability. Since the current framework excludes from organic certification crops whose genes, or their expression, have been tweaked via any kind of genetic engineering, including New Breeding Techniques, we are left with the hard reality that organic certification does not equate with sustainability.

The idea that New Breeding Techniques could improve the sustainability profile of organic farming is the subject of a paper by two agricultural plant scientists in Italy — Luca Lombardo and Samanta Zelasco of the Institute for Sustainable Plant Protection, Italian National Research Council and the Olive Growing and Olive Oil Industry Research Centre, Agricultural Research Council. The authors supply a definition of sustainability at the beginning of the paper, published in the journal Sustainability: ‘Organic farming (OF) systems are conceived to produce food through the integration of cultural, biological, and mechanical practices aimed at preserving natural resources, biodiversity animal welfare, and eventually human health.’ After outlining the basis of transgenic techniques, the authors move into areas that fall within the NBT realm, the first one being Genome Editing with Engineered Nucleases (GEEN). GEENS include “older” technologies—developed in the early 2000s or slightly earlier, such as hybrid meganucleases, zinc finger nucleases (ZFNs), and transcription activator like effectors nucleases (TALENs). They include what has become the most widely-used genome editing technology, CRISPR.

In recent years, CRISPR and other new technologies have jump-started a revolution in numerous life sciences, with biomedical research a particular spotlight. Along the way, the technology has raised concerns about whether there should be limits on its use, particularly when it comes to germline editing of humans, and making changes that in some cases could possibly be passed along to future generations. Last summer researchers at Oregon Health Sciences University, in Portland, demonstrated that they could use CRISPR on human embryos to correct a genetic abnormality underlying hypertrophic cardiomyopathy, a serious inherited heart condition. Soon after, researchers in China described success with a similar approach on human embryos to correct beta thalassemia, a genetic blood disease.

But while much of the public attention and controversy have focused on the use of CRISPR to modify humans to prevent diseases, CRISPR is at centre stage in a revolution in the application of genetic engineering to agriculture, including plant and fungal crops and farm animals. The benefits of CRISPR over the other New Breeding Techniques is that it is programmable – it can be used to modify, delete, or insert any genetic sequence with by swopping cheaply made strands of what’s called RNA, while ZFNs and TALENs must be custom-made for any genome editing job. But each technology has particular pluses and minuses, depending on the job need. Conventional plant breeding techniques can generate desirable traits, but the outcomes are difficult to predict. Depending on the species, development of a plant with novel characteristics can take 7 to 13 years to produce stable, uniform plant varieties. NBTs, CRISPR in particular, allow production of new varieties of plants fungi and animals but with increased precision and much shorter time periods than in conventional breeding. Other benefits include improved nutritional properties, new tastes, reduced levels of allergens, disease resistance and increased shelf-life.

A recently-published study in the journal Plant Breeding suggests that the new techniques may lend themselves well to exclusion from regulation by agencies that have tightly controlled transgenic technologies. This could encourage food manufacturers. However the bottom line is typically consumers. In this regard, there is a major hole in the argument, advanced by some, that if farmers embrace advanced engineering techniques and produce more sustainable crops, health-conscious consumers will embrace these new crops. Farmers taking this route without buy-in from consumers and food companies do so at the expense of the organic seal, at least in the current regulatory milieu. Regardless of whether that organic seal really means anything from a sustainability perspective, or for that matter from a nutritional perspective, it means something from a branding and financial perspective. At least in part, farmers desire the organic seal, because consumers are willing to pay premium prices.

Lombardo and Zelasco also considered polling data published in Europe and in the US which make a case that cisgenic crops (made using New Breeding Techniques) are more likely than transgenic crops to gain acceptance by consumers who traditionally have sought out organic food. Furthermore, unlike transgenic crops that non-governmental organizations can detect with easy-to-use testing kits, cisgenic crops are not distinguishable. This does not mean, however, that regulatory agencies in Europe or in the US will regulate cisgenic crops based on their content with no regard for the methods used to create them.

Interesting? Then also read:
Genetically modified food
Genetic modification: widening gap between public perception and industrial reality
Organic is not a good hallmark of quality – this is why