Spider silk combines properties that are very difficult to achieve for man-made materials. It is claimed to be 340 times stronger than steel; we are also told that a net woven from spider silk threads 1 cm thick would be able to stop a Boeing 747 in full flight. And yet, spider silk is just made of proteins. One of the companies that develops artificial spider silk is Spiber, a Japanese company.

This is the second in a series on artificial silk. The articles were published on 16 December and 28 December 2017, and 4 January 2018 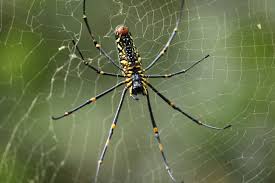 A revolution in manufacturing

Artificial spider silk, this ‘toughest material on earth,’ Spiber’s website tells us, ‘only scratches the surface of the potential offered by proteins. Skilful combination of the 20 types of amino acids enables us to produce endless variations of materials with unique, unprecedented versatility. We have designed and synthesized over 600 types of original proteins, carefully analysing their material properties to accumulate a massive amount of data. In the near future, proteins will widely be used as a basic industrial material, just as metals, glass, and plastics are used today.’

But in order for Spiber to deliver its artificial spider silk to the market, they have to conquer a formidable cost barrier. As they say, ‘presently, synthetic protein materials do not enjoy widespread adoption due largely to the issue of cost. As an example, it is often said within the fermentation industry that producing genetically modified proteins via microbial fermentation for less than $100 per kilogram is extremely difficult. We call this phenomenon the ‘Hundred Dollar Barrier.’ To put this figure into context, analysis of the global polymer market suggests that the threshold for widespread adoption of a material is approximately $20-30 per kilogram. Gaining access to larger markets—those in excess of ten billion dollars—requires lowering the cost to less than $10 per kilogram. The gap between the cost of proteins produced via fermentation and the cost necessary to attain widespread adoption is vast, and pioneering a new market requires massive investment. These factors are responsible for the dearth of synthetic protein materials on the market today.’ 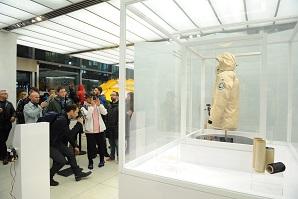 Spiber staged a five-step innovation cycle in order to produce ever better qualities of artificial spider silk. It starts with molecular design: designing amino acid sequences, on the basis of bioinformatic analyses, that deliver better tensile strength, elasticity and heat tolerance. The second step is gene synthesis: synthesising genes that produce the desired amino acid sequences. Then, microbial fermentation. The synthesized genetic DNA is introduced into microorganisms. Test spinning can begin as soon as 10 days after gene synthesis is complete, once fermentation and refining conditions have been fine-tuned. The fourth step is spinning. The fibroin proteins produced through microbial fermentation are refined and formed into fibres. Spiber established a scalable spinning process, that paves the way for mass production of artificial spider silk. Finally: prototyping. Spiber produces textiles and composites from their new materials; they assess their productivity and functionality. They feed back this data into the next generation of molecular design, after which a new cycle begins. Their website tells us that they are now in their twelfth innovation cycle. ‘The result of all this hard work is enormous: compared to when we started in 2008, we have dramatically increased productivity and decreased costs, bringing us to a place where large scale adoption of protein materials is finally becoming a reality.’

The initial market for their artificial spider silk is outdoor apparel. Apparel is an enormous industry with a market size of approximately 2 trillion dollars. Moreover, the product development cycle is very rapid. Outdoor apparel would seem to be a particularly good fit for their protein materials, as it demands high performance and low environmental impact. Together with The North Face, Spiber developed a new parka made from artificial spider silk. They called this historic prototype the MOON PARKA™. It is designed to endure the harsh conditions and intense cold of the South Pole. The outer material is the natural web colour of the Golden Orb spider, dubbed by the makers ‘Moon Gold’. The prototype was displayed in 2016 in the Toyota Municipal Museum of Art in Aichi, Japan.

A technological dream about to come true

Artificial spider silk was a technological dream for a long time. It seems that mankind is about to realise that dream soon. According to professor Jan van Hest of Eindhoven Technical University, the latest development is that researchers have started genetically manipulating silkworms in order to let them produce new silk-like materials. They have succeeded in producing an intermediate product from them that is in-between worm silk and spider silk. This will ease the introduction of yarns made from it in the textile industry. We will hear a lot from artificial silk in the future.