You are here: Home / 2017 / June / Dutch ecomodernism: down-to-earth but also a crusade against environmentalists

Mankind will have to grow more food on less land, so Hidde Boersma and Joost van Kasteren argue in the recently published volume (in Dutch) Ecomodernism, Rethinking Green and Growth. Genetic modification will play a major role in this process. And in order to feed the world, we need not even say goodbye to meat. Down-to-earth reflections in a volume that convinces as a whole, but that sometimes derails in a crusade (against environmentalism) or even in blatant nonsense (on energy). 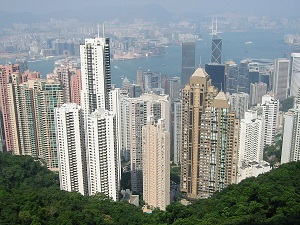 Ecomodernism conquers the world and now has reached the shores of the Netherlands and Flanders. Flemish and Dutch science journalists have joined forces and founded a branch of ecomodernism. Together they publish De Ecomodernist, a digital newsletter for the Netherlands and Flanders. A year and a half ago, I reviewed the Ecomodernist manifesto on this site, under the title Ecomodernism, a great idea and a major disappointment. The great idea is that ‘humans use their growing social, economic, and technical powers to make life better for people, stabilise the climate, and protect the natural world’. The disappointment is that the authors adhere to an old-fashioned kind of progress, in which ‘plentiful access to modern energy is an essential prerequisite for human development and for decoupling development from nature’. The authors place high hopes on technology, but hardly give any examples to sustain that claim. Of all technologies that could result in making life better, the manifesto only mentions nuclear power. A technology that would not exactly be my choice, among the thousands of new technologies available.

The authors of the Dutch book on ecomodernism are much more precise. They make clear choices on the future in areas like energy, agriculture and food production, and eradication of poverty. To me, the most convincing chapter is that on agriculture and food production. The authors show for instance in a level-headed way that nature will be better off from highly productive agriculture on a limited area of land, than from organic agriculture that requires more land and that leaves less room for natural areas. In the area of genetic modification they argue in a non-dogmatic way, that ‘gentech is a necessary ingredient of a speedy transition to a more productive and more sustainable agriculture that also serves the interests of smallholder farmers’ (p.102). If you don’t believe them, please check their arguments. The level-headed approach of the authors is also apparent in their rejection of patents on crops in favour of traditional growers’ rights, a point of view that will not please Monsanto. 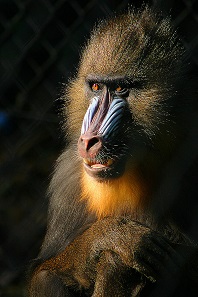 The wellbeing of the mandrill, beautiful as it is, may at times be less important than the eradication of human poverty.

The crusade of ecomodernism

The chapter on agriculture and food production is the least ideologically laden of the entire book. For although level-headed points of view can be found in almost all chapters, most authors also have a crusade on their minds. In their world there exists a powerful ecological movement that has also got through to the World Bank (p.180) and the United Nations (p.214). This movement is motivated by ideology, obsession (for instance with depletion) and ultimately by misanthropy, i.e.: valuing nature above humans. The ecomodernists’ self-image is that of an avant-garde that calls this pessimistic and dangerous philosophy to a halt. In itself, this produces interesting views, like the encouragement to put eradication of poverty first in developing countries, instead of protection of the last mandrill. But the continuous referral to the detrimental influence of the ubiquitous environmental movement tells us that many authors on ecomodernism feel that they are the underdog – just like many of their opponents, ironically. And that does not contribute to the pleasure of reading.

Of the ideologically inspired reflections, I found quite interesting Rypke Zeilmaker’s treatment of the subject of biodiversity. I had never realised that biodiversity is a very loosely defined term, and that therefore findings of ‘biodiversity loss’ (never ‘biodiversity gain’ of course) always carry in them an important element of arbitrariness. To me, biodiversity is an absolute precondition of our life on earth, but in the future, I will try not to take assertions on biodiversity just on face value.

And finally, the subject on which the authors deliver blatant nonsense: energy. It is unfortunate that this subject constitutes the first chapter. I almost laid the book aside. The very motto of chapter 1 tells it all: ‘Plentiful and cheap energy brought us wealth. The plea for energy conservation and a radical reduction of CO2 emissions is immoral.’ The authors quite unnecessarily frame the energy issue in moral terms – again: just like many of their opponents. Moreover, they make some important mistakes. Firstly, energy does not equal fossil energy. Energy consumption and reduction of CO2 emissions can go hand in hand very well. And energy conservation, as a technical procedure, does not equate to cutting back in wealth – that is a frame 40 years old. But in the entire chapter, we see the equation of energy use and wealth, as if there were no middle term in the form of efficient energy use. This factor has halved our energy consumption per unit of GDP in 40 years’ time, as we showed in our book ‘More with Less’.

Once this conceptual framework in place, it comes as no surprise that the authors turn down solar and wind power and that nuclear power appears to be a wonderful technology. They use the instruments always available to mediocre analysts: criticise the wrong option for its actual high costs and low productivity, and praise the option of choice for its magnificent performance in the future. Contrast for instance the criticism of energy storage on p.45 and solar and wind power on p.46-49 with the exuberant praise of the molten-salt thorium nuclear power plant (p.64) that will relieve us from all trouble, starting 25 to years from now when it will become available. Much technological optimism on one option and a total lack of it on the other. Should we believe such analyses?

The other chapters offer interesting insights on ecomodernism and refreshing polemics, spiced at times with an unnecessary underdog sentiment. A useful contribution to the debate on sustainability – and its limitations.

Interesting? Also read our review of the Ecomodernist Manifesto.