You are here: Home / 2015 / January / Bioenergy: the ambitions are the problem

Nothing is wrong with bioenergy; something is wrong with the ambitions that its proponents have: bioenergy should save the climate. Because that ambition would require the production of biomass in amounts beyond the capabilities of agriculture and forestry; or else lead to major conflicts with food production and nature conservation. 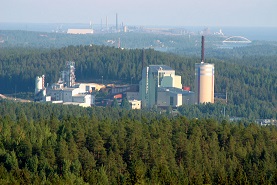 Can bioenergy save the world?

Nothing is wrong with bioenergy

The discussion on bioenergy rages on and parties do not seem to get closer. Recently, a report by the Royal Dutch Society of Sciences (KNAW, written by Louise Vet, Martijn Katan and Rudy Rabbinge, in Dutch) led to violent reactions. The KNAW had had the nerve to tell that bioenergy is not a very good idea. That led to KNAW-bashing. A report of kindergarten level, said bioenergy proponent professor André Faaij. But whatever the possible shortcomings of this report, its conclusions are sound. We will try to substantiate that with common sense.

Taking a view on the discussion from some distance, one is struck by the almost inhumanely high stakes: the question whether bioenergy could save the world. The question is not whether the farmer would be well-advised to fill up his tractor with home-pressed rapeseed oil; the question is whether bioenergy could prevent climate disasters. Each staunch supporter of bioenergy will tell you sooner or later ‘that we need bioenergy and biofuels to restrict atmospheric heating to 2 degrees’. At once, the matter is elevated to the mega scale. Meeting that target implies the use of gigantic amounts of biomass. Which will immediately enrage the opponent. 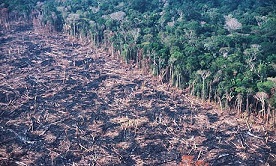 Images of logging of tropical rain forest (here: in Brazil) come to mind.

The ambitions are the problem

On the mega scale, the case for bioenergy does not look good; even if the potential of bioenergy in world energy supply would amount to 200 EJ per year, as I heard André Faaij say last week, almost half of present global energy use. Let us put this in perspective. The world consumes some 20 billion tons of fossil energy each year. Agriculture produces well over 9 billion tons of biomass, leading to 3 million tons of food. Some of the 6 billion tons of side streams have to be ploughed back in order to conserve soil fertility; some side streams are processed to produce fodder and materials, some are available for energy production. But on this mega scale, it is evident that problems are unavoidable: at a table laid for 9, a gobbler presents himself with an appetite for 20 (OK, let it be 10, following André Faaij). Clearly, the need for bioenergy is out of proportion. Images of logging tropical rain forests and land grabbing immediately come to mind.

And so, a kaleidoscopic coalition forms itself to combat such a proposition: agricultural researchers who fear for world food supplies, nature conservationists, anti-capitalists, defenders of the rights of indigenous peoples. One of the problems is that both sides are driven by ideals: saving the planet versus feeding the world. The level of the discussion leaves room for improvement. When Freud and Jung quarrelled and split up, they told each other: you suffer from repression, my honourable colleague; modern scientists rather say: you may not have read all the relevant literature. But of course, all these phrases do not add up to an argument against bioenergy as such. The Brazilians have done very well, developing bioethanol, and the farmer should by all means continue to fill up his tractor with rapeseed oil if he cuts costs by doing so. But these considerations do mean that bioenergy should be controlled by strict boundary conditions, forever restricting its potential. 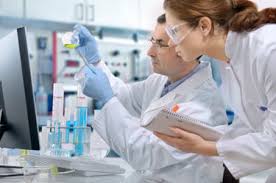 Innovation is of the essence

Innovation is of the essence

A second argument starts with the popular phrase, also used by Shell: ‘the stone age did not end because of a lack of stones’. In other words: ‘the oil age might end even if oil would be in plentiful supply’. Many use this quote in the sense ‘we may well phase out fossil fuels’. But the expression also has another meaning. The stone age ended because mankind learned how to process metals – and discovered that bronze and iron tools were superior to their counterparts from stone. Meaning: ages come to an end by innovation and by the development of superior new products. And exactly at this point, bioenergy fails. As a matter of fact, ethanol is inferior to petrol as a motor fuel because of its lower energy density. Biogas is inferior to natural gas, because of its large content of CO2. And most inferior of all are wood chips as a substitute for coal in power stations: wetter, more voluminous, more difficult to handle, zero innovation. Any business case here will require subsidies or mandatory application forever. But if the biobased economy should be a success, it will need innovation and the development of superior products. The only way in which bioenergy can succeed, is in the slipstream of innovative biochemicals and biomaterials used for bioplastics, cosmetics, medicines and all other materials that we produce from crude oil so far. And lo and behold: at the table laid for 9, these products just require the room for one more guest. So, use biomass for the right purposes; in the middle of the Swedish woods, the choice may be different from that in the middle of the Ruhr area.

One more consideration. In industrialised countries, bioenergy will always remain marginal because of the low efficiency of photosynthesis. Trees and plants have an efficiency on solar irradiation of just 1%, 1½% in exceptional cases. In the future, we can attain 5%, using algae and cyanobacteria. But at the builder’s merchant, solar panels have an efficiency of 16% already; present generation cells can attain 25%, and new concepts might attain efficiencies of 40%. Land is in scarce supply, and therefore higher efficiencies will win in the long run. That would make bioenergy an interim solution, not a permanent one.

To sum up: nothing is wrong with bioenergy, except the ambition that drives its case. If we should wish to produce an ever increasing amount of bioenergy, we will run into ever more conflicts with agriculture and nature. Therefore, the KNAW conclusions stand. Whatever the arguments used – if scientists would conclude that major amounts of bioenergy can be used without major problems, something must have gone wrong along the line of reasoning. Co-firing of wood in coal-fired power stations is pointless. Biofuels on the other hand are in a better position: their production requires chemical processes with a broader potential than just making fuels. Along this road, innovations will come along. This leads to one piece of policy advice: for the time being it would be wise, not to change anything in biofuels policy – until the discussion on bioenergy has subdued.