You are here: Home / 2013 / July / New technologies will boost gasoline production from natural gas or waste

The price of crude oil has risen to a level at which it will transform the fuels landscape, says Lux Research, an American advisory group. In the United States, this process is accelerated by the emergence of cheap and abundant shale gas, but municipal solid waste (MSW) is going to be an alternative feedstock for gasoline production. The price disparity will accelerate the development and deployment of emerging technologies, says Lux. 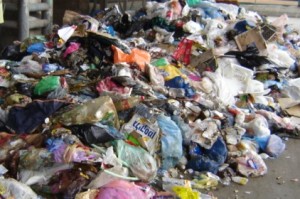 BTL and GTL processes
Crude oil prices are projected to top $140 per barrel by 2035. Lux expects alternative fuel technologies to produce gasoline at the equivalent of $75 per barrel. ‘Raw materials such as natural gas and waste biomass will become increasingly viable options for making liquid fuels, as new technologies tame high capital and operating costs,’ says Daniel Choi, a research associate at Lux Research and the lead author of the report titled ‘Bringing the Heat: Gas- and Waste-derived Synfuels’.

Lux Research analysts studied the cost of 21 biomass-to-liquids (BTL) and gas-to-liquids (GTL) processes. Pyrolysis and GTL ethanol production get a positive overall judgment, but Lux judges the methanol-to-gasoline (MTG) process to be the cheapest option. ‘This process involves a multi-step catalytic reaction’, Daniel Choi explains in an e-mail. ‘At a high level, the major steps include syngas production, syngas to methanol, then to dimethyl ether (DME), and further dehydration to gasoline. ExxonMobil paved the way for MTG by proving it at a large scale; however, start-ups are innovating to make this process economically feasible at small scale (~1,000 bpd). Primus Green Energy is an important company to watch in this sector. Unlike ExxonMobil’s MTG process, this company states that its process does not involve any intermediate condensation and evaporation. This company recently completed the construction of a five bpd demonstration plant and expects to break ground on a commercial project in 2014.’

A ubiquitous feedstock
But waste biomass is a ubiquitous alternative. As Lux highlights, the U.S. Department of Energy says that waste biomass could produce 50 billion gallons of ethanol, roughly 3.5 times the current production. Processing the waste is challenging, adding $3.60/bbl to the fuel price – but that is often more than offset by feedstock cost savings. Municipal solid waste (MSW) is the most important feedstock, as it is available without cost. Forest residues and agricultural residues would be better feedstock from a process point of view, but the cost of their collection has to be borne by the product.

As Daniel Choi says, there is a window of opportunity for fuels from MSW, even if cheap shale gas is available. ‘However, MSW is a viable feedstock for liquid fuels production only if developers can secure long-term supply agreements with attractive tipping fees; then it can compete with the costs of other fuels. The challenge that MSW to liquid fuels developers face lies in handling the unpredictability of the incoming feedstock, which can cause significant inefficiencies and lower overall productivity.’

Summing up, high oil prices have opened up a window of opportunity for new feedstock and new technologies to compete on the fuels market.