You are here: Home / 2013 / July / Marc Verbruggen (Natureworks): ‘Europe has the sugar beet, the best crop for biopolymers, but does not use it.’

Europe has the best feedstock for producing biopolymers, beet sugar, but instead aims at developing cellulosic crops. An example of Europe’s ineffectiveness. ‘A Southeast Asian delegation recently remarked to me: While Europe talks, we build,’ says Marc Verbruggen, CEO and president of Natureworks, the largest PLA producer in the world. At a Wageningen (the Netherlands) conference on biopolymers, he also confides to be very optimistic about bioplastics. 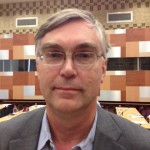 The best agricultural land
Marc Verbruggen feels that Europe still has enough time and opportunities to participate in the growth of the bioplastics industry. ‘In the next three to five years, major investment decisions will be taken on the sites of the bioplastics industry. However, whether Europe has any chance to play a role in this, is very much dependent on the European financial and resource policies.’

How would Europe be able to support such a new sector? ‘The main US policy instrument is loan guarantees, in Southeast Asia it is tax support. I fully agree that Europe mainly talks and does not act. And whereas North-western Europe has the best feedstock for biopolymers (beet sugar), with the best yields in the world, Europe exclusively supports bioenergy and biofuels – both requiring much more feedstock and having less added value on top of that. Because of the high resource use of bioenergy and biofuels, interest has shifted towards cellulose as a feedstock, the second generation. But for heaven’s sake, if you can grow sugar beet on your agricultural land, the optimal feedstock for biopolymers, you are not going to grow cellulosic feedstock on that land, with a much lower yield?’ he remarks. 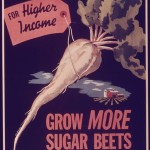 Sugar beet, the best crop for biopolymer production but ignored by Europe

No pilots
And there are more reasons why Europe lags behind. ‘In Europe we think highly of knowledge development, which results in ample financial support for R&D and pilot plants. But European authorities do not support the next step – using technology for large-scale production of actual products – and consequently, there are many pilot plants in Europe. In Asia, the entire structure of financial support is aimed precisely to that next step, causing good European ideas to be realised in Asia. In our global economy, the acquisition of technology often is cheaper than its development, and Asian companies and governments make use of that.’

Moreover, Asian governments often have smart policies for the introduction of biopolymers. Marc Verbruggen on that subject: ‘Taiwan performed the best in that area. They created a home market for biopolymers simply by requiring that 20% of certain packaging materials would have to be biobased. This decision immediately created a market for bioplastics, resulting in a very efficient production infrastructure that created an excellent basis for exports. The upshot of this is that many Taiwanese products are sold on the world market at very competitive prices. There is no reason whatsoever why this could be done in Taiwan and not, for instance, in the Netherlands. All it asks is a vision, and the ability to transform this vision into concrete programs.’ 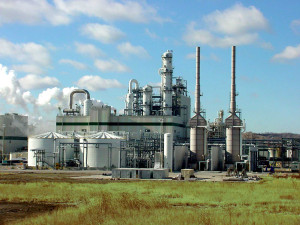 Natureworks PLA plant in Blair, Nebraska. Near the feedstock (corn)

Competitiveness
Talking about the shale gas revolution and its impact on the chemical sector, Marc Verbruggen’s idea is that the flexible fossil polymers – mainly PE and PP – will be produced from shale gas. Rigid fossil polymers like PET and PS on the other hand, will remain dependent on oil as a feedstock; therefore, rigid biopolymers like PLA will be competitive as long as the oil and sugar prices will stay at their present levels. This is a comforting thought for Natureworks, the largest PLA producer in the world, with a 150 000 ton/a plant in Nebraska (US) and a second one planned in Thailand. Europe with its large sugar beet acreage could make use of these circumstances. If at least, we would like to conquer our share of that green market.

Monomers directly from carbon dioxide
According to Marc Verbruggen, we will witness an extra production capacity of at least one million tons in the medium term – five more major factories world-wide. With a capital requirement of at least one billion dollars. Not the right area for small players, only major corporations will be able to command such amounts of money. Verbruggen firmly holds that PLA will find its place in the world of rigid commodity plastics. On the condition that PLA will be price competitive to the existing oil-based fossil plastics. That PLA is a ‘green’ product does matter, but ‘green’ by itself is insufficient for a major share in the polymers market, as long as governments do not support green products financially (e.g. by a carbon tax, or a packaging levy). Says Natureworks’ Marc Verbruggen.

His final statement was remarkable, too. Whereas our industry is engaged in enhancing our competitiveness based on existing resources, we already develop the next generation. ‘In 5 to 10 year’s time, I expect our monomers to be produced directly from methane or carbon dioxide.’ Then we do not need agricultural feedstock any more, our industry will turn waste into polymers. And then, the whole picture will change.