At least one hundred projects have applied for a stand on the second exhibition day for urban agriculture in the Netherlands. ‘The sector is growing so fast that next year, there will surely be twice or three times as many applicants,’ say the organizers of the Urban Agriculture Day in Rotterdam. But for many projects, funding is still a problem. Enthusiasm from entrepreneurs and consumers: huge. Few food transport kilometers between the source and the consumer, that is the clue. And freshness, of course. And self-help. And a greener world. Et cetera. 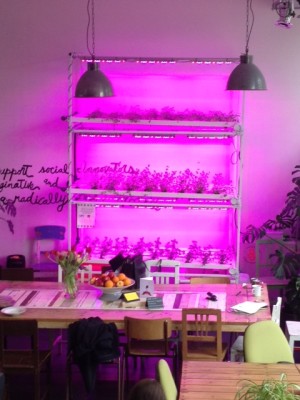 High-tech lettuce. In a corporate building in the Amsterdam Jordaan area, SimbiCity’s John Apesos experiments with LED light and plants. Surrounded by small entrepreneurs working on their laptops, he constructed a three story device with automatic water and nutrients supply, which might embellish a living room in the near future, and grows rocket (Eruca sativa) in three weeks to a savoury salad. His scaffoldings do not come cheap, and there might be objections to that purple light in one’s living room, but it is going to find its way.
www.simbicity.com
john@simbicity.com

Inspiration
An old saying goes: ‘The grass is greener on the other side of the road’. But here the slogan is: ‘The grass is greener on this side of the road’. In her opening speech, Alexandra van Huffelen, the D66 alderwoman for sustainability in Rotterdam, calls urban agriculture a major source of inspiration, and says that people living in cities, too, want to know the provenance of their food. ‘Anything within a radius of 40 kilometers around the Coolsingel, the heart of Rotterdam.’ A very diverse audience attends. Practice oriented entrepreneurs, and visionary philosophers of a new green and small scale world order. Project developers, and architects who would like to transform the city’s many empty office buildings to host projects with a social rim – like the largest European urban agriculture project on the 0,3 hectare roof of an office building in the new Amsterdam business district South Axis; and farmers just at the outskirts of the town who see opportunities to grow fresh products for a restaurant of their own, or for a new market. The old allotment garden revives, but in a new form. And small niche entrepreneurs seize their opportunity.

Coffee-grounds
Mark van Lange grows oyster mushrooms on coffee-grounds of a green restaurant chain – ‘Coffee grounds are among the best and largest side streams in the world´ – and John Apesos produces lettuce in 24 days by irradiation with LED light in an experimental living room device. It is not pure horticulture, there are (or should be) many social extras. One of the urban horticulturalists – there is more of horticulture than agriculture in their trade – reported that half of their customers are from foreign origin, understandable as many of them are from rural descent. 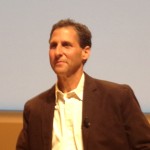 A fine story shows that urban agriculture has captured the minds of today’s people. Michael Ableman, an inspiring urban farmer and one of the first in his kind, who once long ago started his career on the criminal side of Watts (California), now a major biological farmer producing ‘Solefood’ in Vancouver, proposed to dedicate the ‘Ground Zero’ area in New York to urban farming. Yes, as a monument for a new world. ‘In the end they covered it with some sort of black marble,’ he says, but his proposal testified to the idea and the social importance of urban architecture. Back then already. 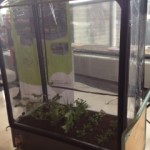 This little greenhouse on your balcony or in the garden for your own use will cost you € 250. Little maintenance, and the plants grow all by themselves. This one is from CrowCamp, Zwolle, the Netherlands.
info@crowcamp.nl

Hobby farming
The philosophy of self-help and as much autarky for the individual citizen as possible, formulated by Huub de Groot, a professor and researcher in artificial photosynthesis at Leiden University, is interesting, because it bears a direct relationship to his idea of energy hobby farmers. Huub is a proponent of as much production as possible for one’s own needs. Energy and heat from the sun, coupled to the direct production of fuels like methanol and hydrogen. Without any problem, people can couple that approach to growing their own food in their gardens, on their balconies, on their roofs (if not covered already by solar panels) or at their façades. All high-tech and highly efficient, for Huub is a scientist. 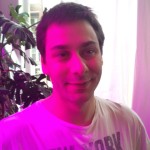 John Apesos, pictured in his own LED light

Subsidy
The Rotterdam meeting shows the two sides of urban agriculture: high-tech and romantically ‘back to nature in town’, and moreover educational and social. It sounds very attractive, and that explains why so many, and such diverse people, back up this idea. But for the time being, urban agriculture still needs subsidies, crowd funding, support from charities, and income from auxiliary activities like restaurants and a playground for children. Banks still are reluctant and ask for solid business plans, but they feel the pressure from a beginning social movement to which they might belong in the near future. Many attendants talk about their own businesses. The owner of an empty office building will have to resort to renting out his space at a low price for urban agriculture performed by idealistic associations. For the time being, an illegal marihuana plantation would seem to carry a much larger profit (a joke that must have been made a thousand times). But the urban agriculture will make its way, that is for sure, in view of the enthusiasm and the perseverance of the participants, entrepreneurs and ongoing initiatives, and the popularity of this new umbrella. The advent of small scale structures and a greener world support the movement a great deal. Urban parks are transformed to fertile soil, and chickens make their way into town. At any rate, the Rotterdam Urban Agriculture Day gathered all these urban farmers, planners and other enthusiasts in the mood of: anything may happen. ‘Man, it gave me a hell of a lot of energy,’ says John Apesos.