You are here: Home / 2013 / February / The agricultural knowledge model will change the world

Farmers handle their knowledge quite differently from large corporations. Fortunately so. For suppose that Shell would have to supply the world with food; it would be a disaster. For in agriculture, margins are very low. That is not because agriculture would be backward – on the contrary, at least in Europe agriculture is highly technological and very capital intensive. But the return on capital is lower. Farmers usually content themselves with a 2-5% return on capital. In the food processing industry that is higher, 6-8%. In chemical industry it is at least 25%. Each oil company would close down operations. That we do not starve from hunger, we owe it to all those agricutural entrepreneurs who content themselves with a low return on capital. 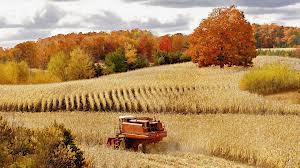 The agricultural knowledge model
Whereas large corporations shield their knowledge from the outside world, as far as possible, patenting it and through other means, farmers share their knowledge. They do not have to grow at the expense of others. And when they inform their colleagues how they raise yields, they know that they will get the same amount of openness in return. In the end, they all profit.

In the biobased society we will increasingly use the agricultural knowledge model. For we will all become farmers. Part time farmers, or hobby farmers as I have called them (see my column of January 1, 2013). Everyone will be able to make a profit from technology that is developed now. That process is going on right now, for those who cover their rooftops with solar panels. It will be reinforced when biosolar cells will come to the market. Solar cells which do not produce electricity but a fuel, or a feedstock for industry. Why would not you tip off your neighbours for valuable tricks, if you make money from your rooftop? 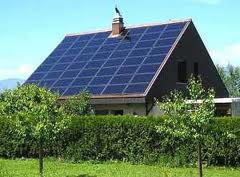 The hedonistic society
We live in a hedonistic society. Primarily, we are focused on our individual wellbeing; collective wellbeing is a derivative of that. Producing one’s own energy is a fine example of that view of life. It provides self-assertion and in doing so, represents a tremendous force. The return in capital (the economic impulse) is not the primary motive for producing one’s own energy, but the self-assertion. This hedonism is going to be a driving force towards the success of small-scale technologies. In Southern Germany, the wealthiest area in Europe, now has so many rooftop solar panels that at times the grid cannot absorb the entire production. Hobby farming is making headway.

More energy instead of less
Ultimately, we may even use more energy than nowadays, as we are going to use the incoming energy with a better efficiency. Agriculture now uses a mere half percent of incident energy. There is no industrial sector that would continue on such a low efficiency basis, but there is there is no widespread sense of urgency to improve it. The biobased economy, for instance, makes a case for a cascading model, but at agriculture’s output, whereas the potential for improvement is at the input side. It is there that we should want to cascade. This is what we develop in our BioSolar Cells consortium. Multiple technologies on the same area in order to harvest as much solar energy as possible. Right now, our output using solar cells is ten times that of crops. Whereas a farmer has an output of € 2.000 – 3.000 per hectare, solar panels easily deliver € 25.000. In due time, efficiencies will become higher, as technology gets cheaper and production gets smarter. Innovation by integration in the existing infrastructure: with artificial leaves, algae, and productivity enhancement in plants. We will hardly spoil any energy, and will have more to use. There is an ample supply of energy in sunlight, for food and other applications, even in Northwestern Europe. 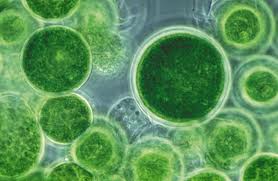 Cooperation for interface management
Hobby farmers will need to join forces in cooperatives in order to promote their interests, just as farmers do. The farmer does not live on an island, nor does the hobby farmer. Sustainability’s golden bullet is the closure of material loops, at every scale. The smaller in scale, the less the loss in storage and transport. Interfaces like electricity and gas grids form the link between the small scale (hobby) farmer and the large scale loops of the outside world. The hobby farmer will have to be able to sell an excess of electricity and fuel to the grid. If the product is a liquid, it must be collected. Hobby farmers need cooperatives for an adequate organization of this service, and for defense of their interests if necessary. For instance, when the gas and electricity grids need to be adjusted in order to deal with many small inputs.

In this way, small scale technology leads to a new entrepreneurship. Not primarily to grow rich, but for our individual wellbeing. It will be an entrepreneurship through we connect to the world, not isolate ourselves from it. We will share the knowledge which we will gather. In the future, we will handle knowledge quite differently.