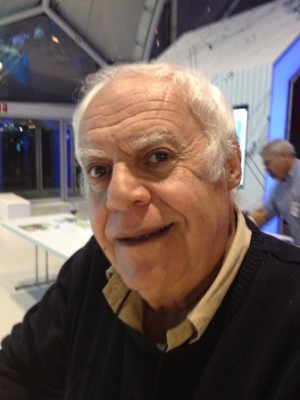 Although the official European Commission policy still rejects GMO products for food (green biotech), there seems to be a policy change in the approach to industrial biotechnology (white biotech). In particular concerning use of genetically modified ‘work horses’, i.e. genetically modified fungi, yeasts and bacteria, which we use to produce existing or new chemical products. These ‘modified organisms’ have been in use for some time already to produce pharmaceuticals (red biotech) – apparently ill consumers are less choosy on their medicine than healthy consumers on their food.

Modified algae in Europe, too
This lenient policy now extends to algae as well. On the sixth international algae conference, early December in the floating pavilion in Rotterdam’s Rhine harbour, prof. Sammy Boussiba of Ben Gurion University, presented GIAVAP (Genetic Improvement of Algae for Value Added Products). This is a 7th Framework European research project on mechanisms in algae to produce lipids and other neutraceuticals. Sammy Boussiba’s research group is leading in this project. They perform their research in the middle of the Negev desert, and make use of a photo bioreactor consisting of 400 kms of glass tubes, one of the largest in the world. What is more: there are already six major production sites in the world for neutraceuticals and therapeutic proteins from algae. And now Europe too, started research on genetically modified algae for production of these substances. The project has been going on for several years already. There are more European projects for research on GMO-algae, but this is the first FP7 project of the European Commission.

Fish fodder
Within the project, researchers want to investigate the development of poly unsaturated fatty acids (PUFAs) for the neutraceuticals market; in particular omega 3, 6 and 9 fatty acids. That is a very large market, which globally amounted to € 1.5 billion five years ago already. These fatty acids can be used as a fodder in fisheries. On the fodder market for cultivated fish (in particular salmon) there is a prospective shortage of these fatty acids, as a result of the declining production of fish meal all around the world.

GIAVAP is an ambitious scheme with 12 partners, 4 from Israel, 2 from Germany, the UK and France, 1 from Portugal and 1 from Italy. The question is: how to proceed with knowledge from GIAVAP? Will that be licensed to European producers who will market their products, or will Europe content itself with patenting this knowledge and keeping it in stock, as has been done with many results from European research?