You are here: Home / 2012 / October / Lars Hansen (Novozymes): Europe should synchronize its policy and funding 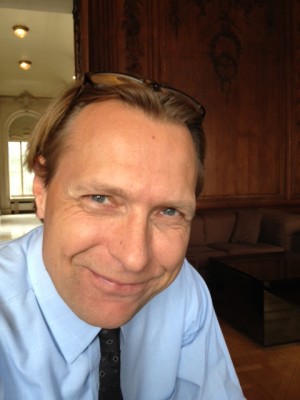 The biobased industry is going to alleviate the CO2 problem and create rural employment and development. Says Lars Hansen, President Region Europe of Novozymes, one of the main European companies in the development of the biobased economy. But Europe should synchronize its policy and funding in order to reach those goals. And we should never forget that the overriding reason for this development is the need for sustainability.

‘Hopefully, if we look back we will regard the oil era as an anomaly. Using oil is a lazy way of getting energy. But replacing it is going to take more than 50 years. The biobased vision is to complement fossil industry with biofuels and biochemicals. But this will not be easy, it should be acknowledged that the fossil industry has a 150 years head start on the biobased economy.’

Please, do not rush
Lars Hansen brings to mind that the better is the enemy of the good, also in the biobased economy. We should not let second generation biofuels stand in the way of the first generation; or the third generation in the way of the second generation. This would prevent industry from building up a healthy sector. Novozymes already invests in research on the third generation (seaweed in India); but if you insist on using only commodities which have a positive score on all parameters, says Lars Hansen, you will end up with nothing. So we should focus on what we actually can do, while at the same time doing research and development for tomorrow and the day after tomorrow.

‘An argument against the biobased economy is supposed to be land availability. But according to FAO, there is plenty of land. There is tremendous potential for improvement in agricultural practices, also in Europe, in particular Eastern Europe. Europe is now setting aside land, which we could use for the biobased economy. Moreover, we could start using leftovers like wheat straw and forest residues without reducing food supply.’

A need for clear choices from the European Commission
‘Technology is ready for second generation ethanol. A pilot plant is underway in Salamanca (Spain). Chemtex is building a 50 million liters/year plant in Crescentino (Italy), which will convert wheat straw into sugar, and subsequently into ethanol. It will become on stream this year (2012). But the problem for Europe is that this in the sole European plant of its kind under construction, while there are many similar schemes in Brazil, the US, and South-East Asia. The problem is that European policy lags behind, and that Europe does not offer the right kind of incentives. We need clearer signals from the Commission. Earlier, the EU indicated that it wanted to go into this direction. But the mechanisms put in place by the Commission are not sufficient for investors. We need a convergence of European political goals, a sign of a clear understanding that this is a huge opportunity for the EU.’

‘The technology is there, the feedstock is there, companies are willing to invest. But three pieces of legislation are missing,’ says Lars Hansen. ‘In the revision of the Common Agricultural Policy (CAP), we need clear incentives for farmers to supply large volumes of biomass. On the demand side, we need a clear signal that the Commission wants a fixed percentage of second generation ethanol in the fuel mix. And the biobased economy should be clearly addressed in the common R&D policy, Horizon 2020. Funding should be available for first of a kind factories for second generation ethanol, not only in Northern Italy but also in, say, Germany and Poland, acknowledging that feedstock and technology will be different in different countries. In short: Europe should synchronize its policy and funding.’

In the end, it is all about sustainability
‘Cheap shale gas could be a challenge to the alternatives for fossil fuels. But it should be borne in mind that the basic raison d’être for the biobased industry is to be sustainable; to alleviate the CO2 question; and to create rural employment.’

‘We should never forget that the overriding umbrella for this development is the need for sustainability.’