You are here: Home / 2016 / August / Micronutrients, small but essential

Plants need nutrients, among which minerals. Modern agriculture has given much attention to macronutrients: nitrogen, potassium, calcium, sulphur, magnesium and phosphorus. And much less to micronutrients, elements like boron, iron, copper, manganese, molybdenum and zinc. Essential for plant life, albeit  in very small quantities. But soils get depleted in them, and increasingly, this will pose severe deficiency problems, according to Dutch researchers. What will be the effects on crops, livestock and people? And what can mankind do about it? Could mining the micronutrients and adding them to fertiliser constitute a solution? 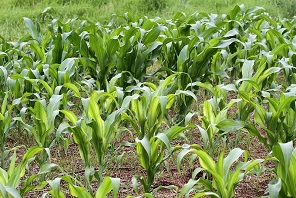 In their report ‘Scarcity of micronutrients in soil, feed, food and mineral reserves‘ the researchers concentrate on zinc, that appears to pose the biggest problem (followed by boron and molybdenum). Soil deficiencies of zinc are widespread in Asia (Turkey, India, China and Indonesia), sub-Saharan Africa and the North-western region of South America. Micronutrient deficiency in soils may also result from overfertilisation with phosphate. Iron, zinc and copper can be bound chemically to phosphate and become inaccessible to the plant. In such cases, zinc fertilisation combined with less phosphate may actually increase yields. Molybdenum is essential for nitrogen fixation by legumes; and if these are used in a crop rotation scheme, scarcity of molybdenum in the soil may cause scarcity of nitrates.

Zinc is not just essential for plant growth, but for growth of humans and livestock as well. Zinc plays an important role in protein synthesis. Zinc deficiency, that causes health problems like growth disorders, diarrhoea and increased susceptibility to infection, is the most well-known deficiency of micronutrients in human nutrition. It is even the fifth most important risk factor for disease in developing countries. Its death toll world-wide equals that of malaria. Addition of zinc to fertiliser would seem to be an urgent matter, but the issue receives almost no policy or corporate attention. Zinc is one of the minerals in shortest supply; at the present rate, proven reserves are sufficient for just 21 years of use. Of course, depletion times may change significantly, both by substitution and by re-evaluation of lower-grade ores. On the other hand, geopolitics may stand in the way of easy solutions. Just three countries mine over 50% of zinc and manganese ores, and even more than 75% of molybdenum and boron ores. The authors of the report call it ironic that zinc is much used in industrial applications (e.g. for gutters), for which there are good substitutes, and not in fertiliser, where it is essential. Moreover, zinc recycling is much less than perfect. They urgently call for attention to this problem, but so far we have not witnessed any policy response. 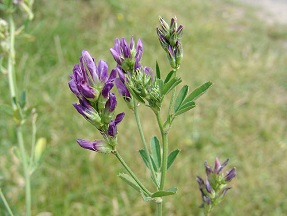 Lucerne (alfalfa), a legume, is often used for natural nitrogen fertilisation (‘green manure’); but it needs sufficient quantities of the micronutrient molybdenum in the soil in order to fulfil this function.

The authors also pay attention to selenium – not an essential element for crop growth, but essential for humans and livestock. Selenium deficiency is severe in many countries, particularly in Asia and Africa. Humans can suffer from heart diseases and deterioration of cartilage and joints, and similar problems have been observed in livestock. Policy therefore should address selenium as well. Selenium is predominantly produced as a by-product of copper mining – but this production falls far short of the amount required for mineral selenium to make up for shortages in the human food chain.

Policy may not have acted adequately on the report, but science has taken up the challenge. Wageningen UR has announced two PhD studies on the problem of micronutrients. The first will develop a low-cost, reliable method to assess micronutrient availability in soils, by collecting and combining information on soil chemical properties with (geochemical) modelling. The second one will link the geochemical models to digital soil maps in Sub-Saharan Africa. These maps should enable policymakers to identify areas at risk of micronutrient deficiency, and fertiliser companies to develop tailor-made fertiliser blends. Together the two PhDs will work on a field-scale fertiliser recommendation system for yield-limiting micronutrients, by developing a model for crop yields in response to the availability of micronutrients.

In a world that needs to produce more and better food, we cannot ignore the problems posed by deficiencies of micronutrients. Who will put the issue on the agenda?