Imprisonment is the worst criminal punishment available to a European citizen. The long-term loss of freedom is loathsome for human beings, and the incarcerated almost always long for freedom. That is why stories involving prisons so often involve prison breaks, for example in movies such as The Great Escape, The Shawshank Redemption and Alcatraz. The recent Brexit vote was also about escape. Not from the EU however, but from a more general sense of imprisonment. 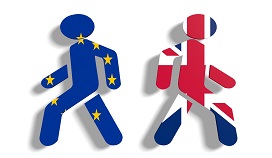 Over the past years, the demos – the people in their capacity of political participants – is experiencing a sense of encroachment on their personal space. Economic crises are forcing us to cut back: through lower income and a decreased demand for our products and services; but also through budget cuts leading to fewer jobs and worse access to healthcare and education. On top of that, many people experience ecological claims as further limitations: they are forced by these claims to consider the invisible costs of their needs and their behaviour, e.g. consumption pattern and car use. And in some cases, as with the discussions surrounding Black Pete in the Netherlands, many feel their freedom threatened in the name of political correctness, by the questioning of their cultural norms and what is experienced as an attack on their identity, an identity that in some cases still rests on a lesser image of certain ‘others’.

Many do not have the means to find a good answer to these growing limitations. Even when we do understand them and their causes on a rational level, they intrude in our emotions. We feel our possibilities decreasing, and the walls closing in on us. In such a case, all human beings with some life in them want to climb those walls or break them down; with a view on broader horizons, Elysian fields through which we can stroll, run or dance and celebrate life (and as we get older, images of these broader horizons are often derived from the past, through a powerful emotional mechanism that makes us remember good memories better than bad memories).

This tearing down of walls is a powerful human drive. In our development, both as an individual and as a society, we face limitations again and again; and we grow by surmounting them. As an individual we do this by learning, training and working hard; and as a society we grow by expanding, developing new knowledge and creating new technologies. When we built rockets and developed medicines we opened the horizon of space and tore down limitations of sickness. Other limitations such as the need for food and shelter we did not overcome fully, but we did reduce them by developing new technologies as well as by organising ourselves.

Organisations set limitations and also make us to internalise them in a social structure. In such a case, as individuals, we experience the limitation as coming from other people. As a child we are limited by our parents, who keep us from running across the street without looking and from taking candy whenever we want. When we are older we find those limitations in our supervisors, tasked with achieving organisational goals with limited means; or in our government responsible for guiding a collective of people through a complex collection of international forces.

These institutions and authority figures translate external limitations, on behalf of a group such as the family, the company or the society, into internal disciplining measures. And whether or not these authorities do their work well, the force driving us to climb or destroy walls remains: it is a product of our – authentic and genuinely human – desire for Elysian freedom. It is an existential need, and the figure of authority that no longer recognises this need is not in contact with what makes us human, and fails to give other people the feeling of being recognised. 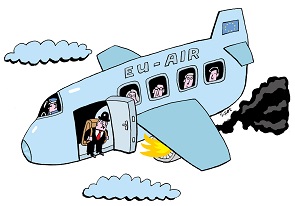 The Brexit vote was not a vote against the EU, but a heart’s cry against all the limitations people experience (but are usually unable to identify). The fact that a share of Leave-voters started googling only after the vote what the EU actually was, and the expressions of ‘buyer’s remorse’ in the newspapers, should make clear that the Brexit vote was not just about the EU – or about the promises made by Nigel Farage and Boris Johnson. It was partially about the same things that drive followers and Donald Trump and people who vote for Geert Wilders’ Freedom Party. They express the need people have to shape their own life without seeing options to do so.

At this moment the only way to express these emotions politically is by voting for pubescent political parties that do little more than verbally abuse the elites that translate the limitations of an increasingly complex world. It is not the elites themselves that people rail against however, but the limitations they impose on us. As of yet, there are far too few – if any – in the political arena rallying this energy for positive ends. We must recognise this emotion, not as fear (which it is commonly called), as pettiness or as stupidity, but as something innately and beautifully human. Now especially we are in need of leaders who speak to our capacity and desire to make our world better. Let’s not waste our collective time and energy simultaneously building and tearing down walls when we have so many urgent problems to solve.