At Cosun, the age of biorefinery has really begun. Originally a sugar producer, it now looks with a keen eye on the opportunities of value creation from all components of its main side product, beet pulp. So far, this pulp was sold as animal fodder; but it lends itself to much more, says Cosun’s Ad de Laat. Cosun now actively researches all biopolymers present in this pulp on their commercial potential, as well as their monomers. At present, the company invests in a pilot plant for the production of micro cellulose fibres. 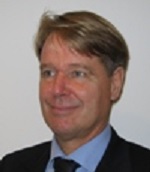 An ambitious program for beet pulp

Royal Cosun is a Dutch company that processes agricultural feedstock into ingredients for food, fodder and increasingly also into non-food products and fuels (biomethane, ethanol). Its origins lie in the cooperative sugar sector. It is the parent company to Suiker Unie (Sugar Union), the cooperative of Dutch sugar beet producers. It is also the parent company of Aviko (potato products) and other companies that process agricultural crops. Cosun characterises itself as follows: ‘Our ambition is to optimally use the vegetable raw materials. Good for the environment, financial return and it responds to the social need for responsible products and processes.’ Cosun is in full swing to prepare itself for the revocation of the European sugar quota in 2017; policy makers and the sector expect this to stimulate beet production in North-western Europe and the application of the sugar beet as an industrial feedstock.

‘We have an ambitious R&D program on the basis of beet pulp,’ says Ad de Laat, innovation manager agro and new business at Royal Cosun. ‘We may have about 1 million tons available for possible industrial applications and closely look into value chains that we could develop on the basis of this biomass stream, together with universities and interested commercial partners. About one quarter of the pulp consists of cellulose, one quarter hemicellulose and one quarter pectin. Closest to commercial production are micro cellulose fibres. These appear to have properties clearly different from those of comparable wood micro cellulose fibres; for instance in their rheological properties. Here, the challenge is to develop real added value compared to fibres from wood, required because our feedstock pulp has a higher market value (being an excellent animal fodder). In this project, we have the lead in research and market development. We are glad that the EU supports this project. Together with academic and industrial partners, we cooperate in the European Pulp2Value project, in which Cosun is the project leader. 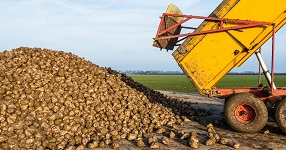 Sugar beets are at the centre of Cosun’s R&D activities.

Does Cosun also investigate biorefinery of the leaves, which my contain up to 40% of the biomass, and which contain much proteins? ‘We are definitely interested in leaves valorisation, but so far we have been unable to develop a cost-effective concept. The main villain is logistics. To start with, one has to know that water makes up 85% of the leaves. On top of that, degradation of valuable proteins sets in shortly after the harvest. And it appears to be quite difficult to isolate proteins in their full functionalities from vegetable feedstock. Of course, we take a keen interest in what our colleagues at Solanic (AVEBE) do, extracting proteins from potato process water. And the beets themselves also contain proteins, but present processes denaturate them immediately. Proper valorisation of these proteins would require an overhaul of our entire production process – something that might not happen soon.’

‘We also take a keen interest in arabinose, the primary component of beet pulp hemicellulose. Arabinose has a certain potential as a nutraceutical. It has been shown that the addition of a small amount of arabinose to food containing sugar will put a break on quickly rising glucose levels in the blood. The development of this product is about in the same phase as that of micro cellulose fibres. And arabinose may have applications in other sectors, like biochemistry.’

And many other Cosun projects

And what about the development of compounds from pectin? I read about isolation of galacturonic acid and the possible pathway of that molecule to produce PEF, the potential successor to PET in the production of beverage bottles. ‘We did closely look into this subject, together with Wageningen UR. Together with them we secured the IP for this process, but we have shelved it. According to our analyses, this pathway to PEF will be competitive to existing synthesis pathways of FDCA from second generation glucose, produced from lignocellulose (straw or wood), but not to first generation concepts that have starch (maize, wheat) as their feedstocks. In due course (as second generation resources would come to the forefront) we could revive the project. We do actively pursue other products from pectin in pulp, with applications in the non-food sector, but I unfortunately cannot reveal what these projects are about.’

Cosun concentrates on chemical processes from beet sugar and other sugars that can be produced in large quantities from side streams. Of course, the company sells sugar as a feedstock to customers in the fermentation business, but hardly pursues fermentation pathways itself any more. It sold former daughter company Nedalco to Cargill. In this respect, Cosun has a strategy different from that of its main competitors in the North-western European sugar production area. For instance, the major research centre IAR in Northern France concentrates on fermentative conversions of beet sugar to biobased platform chemicals, like succinate.

Cosun sees new opportunities, but also faces exciting times as restrictions on sugar production in Europe will be lifted soon. In order to reap the opportunities, the company intensifies R&D and business development. Right now, Cosun invests heavily in the construction of a new innovation centre in Dinteloord, within a stone’s throw of its Suiker Unie factory.

No country is fully #self-sustaining when it comes to food, the world is now connected. In this process, we need to be concerned about where our #food actually comes from. What fruit is in season where you live? #sustainability #foodsystems #SDG's pic.twitter.com/PDLdoi1Bdu

Impressive work by both teams in tonight’s internal MIINT competition @kenanflagler! I felt honored to be part of the team of judges, but hated having to pick one winner. @unc_cse is proud of our students! #impactinvesting #Sustainability #Equity #Empowerment #Health

If you have any innovation and solution on how we can reduce the impact of plastic waste, EPPIC is the right opportunity for you to pour the ideas and make it come true! With EPPIC, you can help us create a better environment for all!🐟🐋🐠 #aisforum2021 #sustainable #EPPIC pic.twitter.com/eaEBEXn0Hx

It’s that time of the year. Using nature to provide for yourself is rewarding and fun. Here’s a quick guide for anyone interested in giving it a try #sustainability #outdoors #nature #Canada pic.twitter.com/Jj1cJUqShG

Together with our Automotive customers & partners, @Microsoft is committed to making mobility and transportation safer, productive, more connected, and #sustainable. See how we are partnering with the industry to drive the future of mobility forward. cloudblogs.microsoft.com/indu…