‘The biobased economy might not seem to make much progress right now, because very few major developments are being announced. But behind the scenes, companies make spectacular progress, they will only announce it when they have covered it from all angles,’ according to Annita Westenbroek. 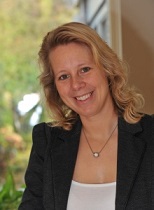 Annita Westenbroek is one of the driving forces behind the Dutch biobased economy. Coming from the paper and pulp sector, she now has a challenging combination of executive and advisory positions that allow her to take a broad view. She is the innovation manager of the Dutch paper and pulp sector; director/manager at DBC, the Dutch Biorefinery Cluster; cluster manager of ISPT, the Institute for Sustainable Process Technology, and some advisory positions for companies and regions on top of that. Many of her posts have something to do with fibres, the field in which she is most at home. In the paper industry, a biobased sector from times immemorial, she oversees the ‘iconic project’ of new fibres – dealing with the question if grass or other new fibres can be added to the paper and pulp cycle. Another iconic project is high performance materials, devoted to the development of specialty materials for instance from the combination of paper and other materials. That requires a close cooperation with other sectors, like the plastic and building trades. 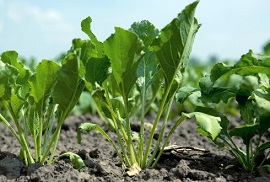 Sugar beet leaves contain proteins, we could try to make them fit for human consumption.

Next year, DBC will concentrate on circular themes. Minerals recycling, better usage of proteins, fibre cascading, and water valorisation. Minerals recycling has a hard time, it runs into difficulties. There is a common understanding that we should not continue to waste minerals forever, phosphorus in particular, but for the time being, recycled minerals are much too expensive. DBC tries to develop solutions in which expensive purification steps can be skipped and legal obstacles can be restricted. In the field of proteins, a similar scheme would seem to be attractive. Almost all proteins are edible! And yet, we use almost no proteins from crops and biobased side streams for human consumption. ‘The structure of this problem resembles that of drop-ins in chemical industry,’ says Annita. ‘Some companies try to produce biobased chemicals that fit perfectly in the existing petrochemical infrastructure, the drop-ins. But often they prove to be much too expensive. A better idea might then be to develop biobased chemicals that fit in a new infrastructure, that of the biobased economy – even if that would require the development of new markets. Likewise in the case of protein-rich side streams. We know that such streams from grass, potatoes and beets are edible, but as such, they are not tasty enough. We could try to isolate the pure proteins, but a more fruitful approach might be how we could make them tastier. DBC will devote its attention to that question.’ 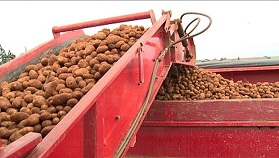 Potatoes and orther crops contain much water – but this is not used productively so far.

Biobased economy is biorefinery and cascading

The biobased economy can only thrive through new concepts, and by cooperation across sectoral boundaries, says Annita. The heart of the matter is cascading, putting to use all components of the yield, and closing the loop wherever possible. And that implies that several sectors need to be involved. Both at a large and at a small scale. All new processes will intrinsically have to allow cascading down the line. Which would hold also for new large-scale projects like the import of foreign biomass, for example in the form of wood pellets. ‘A future-proof process for wood biorefinery will serve the production of a variety of high-quality products,’ she says. Another theme that would require the cooperation of a number of stakeholders is water valorisation. Water valorisation? Yes, putting to use industrial waste water streams. ‘For instance, the agro food sector takes in a lot of water, in the form of its feedstock. That would qualify these companies as water producers. But they discharge their water, after purification – why would not they be allowed to deliver this purified to another plant that is in demand of water? Actually, also a form of cascading.’

Through ISPT, Annita Westenbroek has links with the work of prof. Maaike Kroon on separation technologies. Woody biomass can be dissolved in a mild way by new solvents (DES – deep eutectic solvents), and this may open up completely new pathways for a host of high-quality applications. This technology is being investigated in a European project with 25 partners, among which ISPT, and it raises hopes that we can isolate pure cellulose and lignin without having to take recourse to high temperatures and pressures – in the end, much cheaper than existing methods.

Cooperation is of the essence

Moreover, Annita is an advisor to several companies. ‘There are very interesting innovations in the pipeline. But I cannot say anything about them. Companies do not disclose their most interesting initiatives until the very moment they have been realised in actual practice; projects that are discussed are the initiatives that require assistance, for which obstacles need to be removed, of that are in need of subsidies, for those initiatives need help from the outside.’ Cooperation in the Bio-Based Industries joint undertaking, the European public-private development program in the biobased economy, is going very well. Cooperation results in interesting and promising projects, says Annita. Particularly if research centres tune their programs to the needs of the business community, as has happened in the European framework. That leads to a very productive cooperation. ‘I hope that in the Netherlands, we can get inspired by this and make good use of it. For in the Netherlands, cooperation among companies is very good. And in the end, that will prove to be decisive in the biobased economy.’ Says Annita Westenbroek.