You are here: Home / 2015 / May / Leon Mur: plant ingredients have much potential

‘Plant ingredients are in the picture in industries: in the agrochemical, cosmetic and pharmaceutical sectors,’ says Leon Mur, director of the Dutch Expertise Centre for Plant Ingredients (Kenniscentrum Plantenstoffen). For use in industry, the centre collected a ‘library’ of plant ingredients in Dutch horticulture. 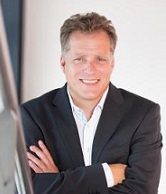 The Expertise Centre teaches us to take a fresh look at natural plant ingredients. A few years ago, the centre published research that shows that cucumbers might provide the next medicine against diabetes type 2. At least, an extract of them, momordicine, that Asians have used since times immemorial in their curries. In Asia, diabetes type 2 is a growing problem. That might be related to the diminishing curry consumption. Leiden Institute of higher professional education now tries to find scientific evidence for this substance’s function. And before that, the centre played a part in the development of growing digitalis (foxglove) in greenhouses, in order to produce digoxin, a drug against heart failure. And in the development of a spray derived from orchids against Candida fungal infections

Cosmetics and medicines in plant ingredients

‘At times, we cannot disclose the nature of our work because companies tend to shield their real questions from publicity,’ says Leon Mur. ‘Then, after having signed a contract of confidentiality, we witness them coming up with questions, completely different from the issues they talk about at meetings. At the moment we are involved in some promising projects that I can say nothing about in fields like crop protection, cosmetics and medicines. We will go to France by the end of May to the concentration of cosmetics companies known as the Cosmetic Valley, where we hope to do business. And in the near future, we hope to be able to disclose the development of medicines from hemp (no, not THC).’ 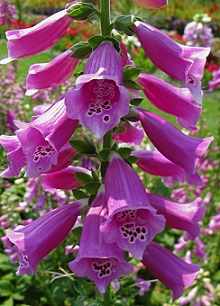 The Expertise Centre for Plant Ingredients will end this year. Traditional funding will stop. ‘But we hope to find other financiers on the basis of the present programme,’ says Mur. ‘Particularly in the Dutch delta, where most of our activities are concentrated.’ But there are also concerns about the programme. In particular concerning biodiversity. And not just because that is threatened. Also the Nagoya Protocol, intended to counter these threats, is counterproductive at times. The protocol is important for maintaining global biodiversity: it puts the responsibility for maintaining it squarely into the hands of the countries themselves – but it also causes a lot of red tape, depending on the country in question, with all its possible side effects. On the other hand: the horticultural area of the Netherlands hosts an enormous biodiversity, a source of research and possible applications for many years to come.

The importance of cocktails

We feel that research into plant ingredients is very important. But once you have discovered a useful plant ingredient, why would you want the plant to produce it? Why not transfer the gene responsible for its production to bacteria, allowing production to take place in reactors?
‘So far, there are many compounds that we cannot produce synthetically, and in those cases, we will have to extract them from plants. But on top of that, we discover increasingly that medicinal, cosmetic etc. properties are not caused by one compound on its own. The holistic approach, that treats the properties of plant ingredients as the cause of a natural cocktail, is gaining importance. In the pharmaceutical industry, too. For instance, there is a much larger incidence of resistance on treatment with one single compound, compared with treatment with a cocktail. We could draw a parallel to the treatment of aids; nowadays we do that with a cocktail, a method that seems to have overcome resistance problems in former cures. If successful treatments really depend on cocktails, then extraction of such a mixture from plants makes much more sense than synthesis of one single compound in a reactor.’

This view has contributed to a new inspiration in the work of the Expertise Centre on Plant Ingredients. The centre has taken a renewed interest in traditional cures of illnesses using plant extracts. Like the treatment of malaria with African tribes, using an extract of a local plant; under research now by Oxford University. Reversed  pharma is the technical term for such research nowadays. The subject of plant ingredients is endless; we will discover many more of their applications.