Biofuels had an obvious appeal when oil prices were well over $  100 a barrel. Developers thrived and almost a thousand flowers started to blossom. But then oil prices plummeted to $ 50 and below – and many biofuel developers survived. How did they manage? 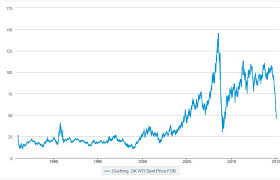 This question is the object of the report ‘How Alternative Fuel Companies Will Compete with $50 Oil’ by Lux Research, an intelligence company for emerging technologies based in Boston. Lux found survivors among biofuel developers, maybe even winners, and losers. Their analysts used its database of 400 alternative fuel producers in America, Europe and Asia, to pick 25 companies – from seven technology families, four feedstock types and three stages of development – for detailed analysis. Which strategies did they identify for survival?

The first strategy, not surprising, is cost cutting. This is a strategy successfully embarked upon by biofuel developers Neste Oil and Diamond Green Diesel. These companies could lower their production costs through feedstock diversification. On the other hand, Solena Biofuels and Joule Unlimited were among the laggards on account of delayed production and commercialisation.

The second strategy is to move to alternate markets, particularly to markets like specialty chemicals and nutraceuticals where products are sold at higher prices, less vulnerable to the price of crude oil. This strategy is not open to all, because most of these products require more sophisticated technology. High-profile companies such as Solazyme, Amyris, and Gevo have shifted decisively toward specialty chemicals and nutraceuticals. Sapphire Energy also has shifted away from fuels and now targets nutraceuticals, producing Omega-3 EPA from its algae. 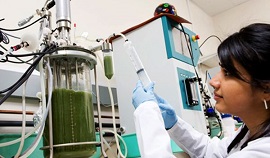 Solazyme is one of the biofuel developers that survived by moving over to the production of specialty chemicals.

The third strategy for biofuel developers is to receive support. Surprisingly, the oil majors are among the main supporters. They believe that cheap oil is a short-term phenomenon, and therefore have remained prominent supporters of alternative fuel developers. For example, Total has added to its existing portfolio in biofuels and bio-based chemical companies by investing in Renmatix, a biomass-to-sugars company.

Excellent technologies are required in order to survive

I asked lead author Yuan-Sheng Yu if he would agree that technological prowess is decisive – excellent scientific and technological skills being required for either feedstock diversification (i.e. access to second generation feedstock and technologies), or for moving towards specialty chemicals and nutraceuticals. He answered by e-mail: ‘It is absolutely correct that even with all the appropriate strategies, it all becomes arbitrary if the technology is not commercially viable. One example would be Joule Unlimited, which develops a microbial-based process converting carbon dioxide into renewable hydrocarbons. Even if it were able to reduce its capital costs, access low-cost carbon dioxide, and augment its cyanobacterium to produce various chemicals, the technology process still faces numerous challenges for commercial scale production. Joule’s process requires separation through centrifugation and its photobioreactors in which the microbes are grown need to be flushed out and re-inoculated periodically, leaving room for contamination and preventing a continuous process. For technology developers, it remains critical to either develop an end-to-end process or be able to seamlessly integrate into existing technologies and infrastructure. This occurs in the early-stages of the company and sometimes even to the academic level. But what is most key is conducting translational R&D, with commercialization in mind from the very beginning. This is a trend we have seen as many corporations are funding early-stage R&D at the university level to provide the guidance to achieve commercial benchmarks.’

And on my request he adds an interesting comment on the comparison of U.S. and European versus Asian companies: ‘The most recent phenomenon is the deployment of U.S. and Europe-based technologies in Asia. Both China and Southeast Asia have become attractive destinations for technology developers due to strong government support and feedstock availability, amongst other reasons…. About two-thirds of European facilities were at R&D scale while Asia was the opposite with two-thirds at demonstration and commercial.’

In other words, biofuels and biofuel developers may well survive the drop in oil prices. But the next question is: where will they survive?