Today, 22 April, is Mother Earth Day. It is an international event, supported by the United Nations. This year’s theme is: ‘It’s our turn to lead’. ‘The big decisions that lie ahead,’ explains UN Secretary General Ban Ki-moon, ‘are not just for world leaders and policy-makers. Today, on Mother Earth Day, I ask each one of us to be mindful of the impacts our choices have on this planet, and what those impacts will mean for future generations.’ At the occasion of Mother Earth Day, we choose to highlight the importance of protecting healthy soils. Exemplified by a beneficial form of symbiosis between plant roots and certain soil fungi: the mycorrhiza. 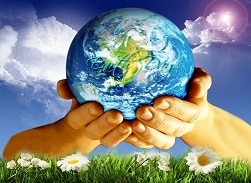 A growing number of people is convinced of the importance of the biobased economy, the economy in which most materials will come from biobased feedstock and most energy from renewable resources. That increased importance of biobased materials will put new demands on agriculture. Whereas agriculture already faces the daunting task of feeding a world population that will probably increase by 30% in the next 40 years. Technologically, those demands might not pose a problem. There are huge differences in agricultural productivity across the world. With respect to grains (wheat, maize, rice), in North-western Europe the yield is 9 tons per hectare, in the US 6-7 tons, in Canada 3-4 tons, in many Asian countries not more than 2 tons; in some African countries even less. The technological opportunities are such that if the whole of Europe, ‘a cape on the Asian mainland’, would attain the output of its top producing countries, it could feed the entire world by itself. 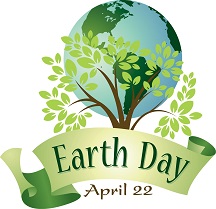 But each demand on agricultural productivity will in the end boil down to the productivity of the soil. Increasingly, we become aware of the detrimental effects of large amounts of fertilisers and pesticides. Mother Earth will not just have to feed us next year, but also in the decades and centuries to come. According to the Food and Agriculture Organization of the United Nations (FAO), about one third of all soils are degraded due to erosion, compaction, soil organic matter and nutrient depletion, pollution and other processes caused by unsustainable land management practices. To draw attention to the plight of soils, the UN General Assembly has declared 2015 the International Year of Soils.

Some, like IFOAM Organics International, turn this into a plea for organic farming. But there are serious doubts as to whether organic farming will ever be productive enough to feed the world and the biobased economy. Fortunately, agricultural researchers now tend to take seriously the problem of soil degradation. The technological trend in advanced agricultural practices is towards less inputs: less water, less fertiliser, less pesticides and less herbicides. A coarse way of expressing the importance of healthy soils is to preserve enough organic matter in the soil (and organic matter is still declining in many agricultural lands); but the specific makeup of that organic matter and the ecosystem functions it delivers are now being discovered by science. This leads to a new understanding of organic farming; in the end, advanced agricultural practices and organic farming might well meet each other half-way.

Important ecosystem functions are delivered by mycorrhiza, beneficial symbioses between plant roots and certain soil fungi, sold among others by the French company InoculumPlus. Mycorrhiza occur in more than 95% of terrestrial plants (agricultural, forest and horticultural plants). Developed by plants for several millions of years, mycorrhizal associations provide better access to soil nutrients and help plants to be naturally more resistant to environmental stresses, such as drought, salinity and pathogen attack. There are several types of mycorrhiza, the most widespread is the arbuscular mycorrhiza (AM), so called because the symbiotic fungus forms branched structures (arbuscules) within cells. This symbiosis is found in approximately 80% of terrestrial plants, including fruit and ornamental trees, cereals, ornamental plants, vegetables and aromatic plants.

It is estimated that the volume of soil exploited by plant roots can be multiplied by 1000 thanks to mycorrhiza. This greatly increases the uptake of soil nutrients and water. Mycorrhiza also play a role in bio-protection against soil pathogens such as nematodes, and against heavy metals in contaminated areas. In return, the plant supplies the fungus up to 20% of the sugar it produces by photosynthesis. But intensive chemical inputs reduce the concentration of mycorrhizal fungi in soils. The re-introduction of appropriate fungi will improve plant growth in a biological way, while significantly reducing the need of synthetic chemical fertilisers and pesticides. Mycorrhiza are key players in ecosystem services in an environmentally compatible agriculture.

In short: as our understanding of soil fertility on the micro level increases, we may increasingly see high agricultural yields in combination with healthy soils – allowing us to celebrate Mother Earth Day for many years to come.

Today we had our first day of the #Soybean Innovation Lab Retreat! Lots of information shared among the different #research areas! Tomorrow, it continues, bringing our partners from #Africa into the discussion to multiply our #strength for soybean #sustainability #success!! pic.twitter.com/rvv6hCRusO

Are you registered for the RLA Conference & Expo in Las Vegas 2023? It's THE place to connect, learn, set goals, and grow with your team! Feb 7-9 2023 Register here rla.org/event/203 #rla #rlavegas2023 #reverselogistics #circulareconomy #event #conference #networking pic.twitter.com/1wmmJQqfJd

We are #SercoAndProud to have received the Highly Commended Award in the Business Category of Clarence Valley Council's Living Sustainably Awards for our work in creating employment opportunities in sustainable waste management at Clarence Correctional Centre ♻️ #sustainability pic.twitter.com/9BRvIO4VwF

@JRanganathanWRI: I'm going to talk today about the challenge of "how to feed 10B people in 2050", which the mother of all #sustainability challenges! #SustainableDiets2022

@tween_martha Thanks for your support! With your help, we can reach our goal soon. Every like we get brings us one step closer to more trees planted! #planttrees #sustainability

@JRanganathanWRI: I'm going to talk today about the challenge of ""how to feed 10B people in 2050"", which the mother of all #sustainability challenges! #SustainableDiets2022