One of the discussion themes in the corridors of the World Bio Markets conference in Amsterdam last week, was industry-government relationships. Major European biobased industries feel frustrated that they invest in other continents, whereas they received so much support from Europe in developing the technology. But better and more down-to-earth policy goals from Brussels might stir up societal support, leading to a better investment climate. 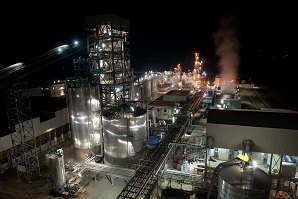 New factories do not come to Europe
It is without discussion that Europe is one of the leading continents, if not the leading continent, in knowledge development. Simple statistics show why this is the case. Europe relatively spends most resources on R&D, whereas governments in the US and particularly China spend much more money on the implementation phase. Again and again, Europe ends at the bottom of the list, when it comes to actual building first-of-a-kind commercial plants. In the sector of second generation technologies, at the crest of the innovation wave right now, there is just one plant in operation in Europe (the Beta Renewables facility in Crescentino, Italy), against many plants in operation or under construction in the US.

At the conference, European civil servant Jacques Verraes proudly presented the European Commission’s plans for the bioeconomy. This has a fourfold footing: funding, Knowledge Innovation Centres (KICs), promotion of the uptake of innovation, and the building of human capacity. With respect to the uptake of innovation, last year the Commission decided to spend € 1 billion in seven years on the development of biobased technologies, in the framework of the Joint Technological Initiative on biobased industries. These JTIs are Europe’s new instrument for speeding up innovation, Verraes later explains in a conversation. They are separate legal entities and have a budget of their own, made up from contributions of industry and the EC. Industry decides on the way it is spent. In this way, a direct link is made between Horizon 2020 (the EU R&D program) and industry’s specific needs for new knowledge development. 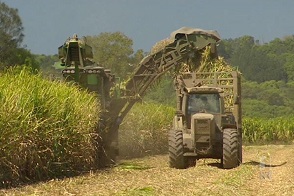 Much better than under FP7, but not good enough yet
For industry, these are major improvements compared with the situation prevalent up to FP7, where independent bodies decided on R&D programs, and industry had to look afterwards which bits and pieces it could use. But criticism of EU policy has not died down. Particularly, Jacques Verraes’ catchphrase ‘one needs to learn how to walk before one can run’ raised some eyebrows. Industry feels that it learned how to walk quite a while ago, and is running already. It pretty much would like Europe to place biobased industries in the heart of its industrial strategy – but at the moment, Verraes’ DG Innovation is in the driver’s seat on the bioeconomy, and this DG is about walking and not about running.

Industry points to the US and Brazil for better examples. In the US, the bioeconomy is primarily about energy independence – and no one needs to explain to Americans why this is important to their country. Typically, the Department of Defence takes part in many biobased programs. And in Brazil, the bioeconomy is about economic development as such. Both drivers are much stronger than concerns about the greenhouse effect, which is the main driver for EU policy on the bioeconomy. And they are much less susceptible to policy changes, influenced by NGOs. As these develop new views on the greenhouse effect, these organisations with easy access to high-ranking European officials inspire policy changes that are at odds with corporate interests, which need policy stability.

It is primarily about the economy
One can imagine a growing frustration at the European Commission: it has made a major commitment to biobased industries, without any apparent sign yet that this will pay off in terms of industry’s investment decisions. And one can equally imagine a growing frustration at Europe’s biobased industries, having accepted Europe’s money without major investments in Europe being on the horizon. The only way out is that Europe would develop the conviction (which we hold) that ‘green growth’ based on its strong track in agro-food industry is the only possible way to ensure its economic future; particularly for this continent that has such a strong knowledge base in this area. Then, the real interested parties will step in: agriculture and all its related industries. So far they stood by the side. Societal support can be strong when the EU advocates to become the world food supplier #1.

Europe needs to grow green in order to grow at all. And this is not just about ecology, it is primarily about the economy. As long as this has not trickled down into the policy makers’ minds, Europe will keep on lagging behind the US, and Brazil, and China.