“Cheap batteries will revolutionise the renewable energy market,” wrote ex-Secretary of State for the UK Chris Huhne past Sunday in the Guardian. 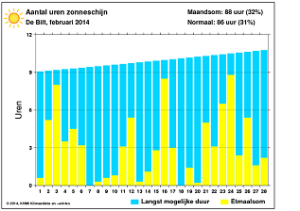 For the supply of renewable energy it’s usually not stocks but flows that get the attention. For lack of a reservoir of either solar or wind energy that we can use at will, supply and demand need to be matched differently, making the success of renewables dependent on reliable and accessible energy storage. Large-scale experiments have taken place and are taking place to store excess energy from wind turbines by compressing air (CAES), which can later be converted into energy with the help of e.g. biofuel (1). But safety and transportation issues remain a problem with such methods, making two other options the most evident for large-scale energy storage: (hydrogen) fuel cells and batteries. Both of these options are important not just for energy infrastructure, they are also major options in the development of more sustainable cars. This makes the recent announcement by Tesla’s Elon Musk big news, not just for the car industry but also for the energy market. He intends to start production of lithium-ion batteries at a gigafactory in 2020. The planned capacity of 500,000 batteries per year would overshadow present total world production (2).

Buffer irregularities
Such an increase in capacity is estimated to lower battery prices with 30%, which in turn will have large effects on the use and potential of renewable energy both in mobility and in energy production. Quite a few people have already played with the idea to use cars as a temporary energy-storage that can buffer the irregularities in production of energy from sun and wind. A study in 2008 for example (3) calculated that 75% of all cars in the US could be fully charged every night from overcapacity in the electricity net (if they were electric).
Tesla’s choice for Lithium-ion batteries is not strange even in the face of alternatives. The Vanadium-battery (VRFB) is already being implemented at a small scale (e.g. for minibuses in Rome) and can be charged very quickly (4), but has a low energy density and is complex for mainstream production. The sodium-sulphur battery is heavy and has a low energy density as well, making it relevant mainly for large-scale applications (5). It is the energy density of Lithium-ion technology that makes it a strong contender, with capacities ranging around 100-250 Wh/g (5). This makes the technology the most interesting option for R&D, as the figure with patent applications also shows (6).

Towards a decentral structure
Because of their importance for the infrastructure of renewable energy batteries can and will play a large role for regionalisation. A decrease in price due to investments such as the one announced by Tesla will significantly reduce the cost of this technology and thereby more accessible for small-scale electricity generation. It also encourages the decentralisation that we consider an important dimension to the development of the Biobased Economy and Society.

The switch the electricity market is facing is much larger than merely the replacement of fossil fuels by solar- and wind energy: it requires a completely different, more decentral structure for the electricity net. The problems accompanying the implementation of solar and wind energy at the moment in Germany (7) arise from attempts of large electricity companies to maintain the old structure (and their business model). Cheap energy storage, such as that potentially provided by batteries, opens up possibilities for the growth of smaller scale power generation without directly undermining these larger systems, although Huhne does predict that Tesla’s investment brings us a step closer to a disruptive revolution in the energy sector. He is hopeful.

Update. Today the Rocky Mountain Institute, one of the frontrunners in the en energy transition, published a blog in which they suggest that falling prices of solar cells and energy storage together may induce people to defect entirely from the grid (8).