You are here: Home / 2013 / June / Biomass for industrial use: new criteria required

Use of biomass feedstock for chemicals and biofuels? The food/fuel discussion is very polarised. But a number of parties have come forward that seek a middle ground in this debate. They point out that industrial use of first generation (edible) feedstock may be the best option – on the provision of high productivity and use of the entire crop. Use of second generation (lignocellulosic) feedstock may in some cases do more harm than good as it reduces in an inflexible way the amount of arable land for food production; moreover, the land might be much less productive. Proponents of these ideas suggest that we should move to entirely new policy criteria on the use of biomass. 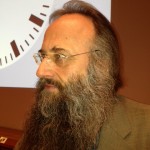 Productive first generation crops
Foremost among these parties is the German nova Institut, that issued an impressive paper last month, titled ‘Food or non-food – which agricultural feedstocks are best for industrial uses?’ Nova’s central assertion is that ‘all kinds of biomass should be accepted for industrial uses; the choice should be dependent on how sustainably and efficiently these biomass resources can be produced.’ The issue is not whether a feedstock could or could not have been used for food, but how to use arable land in the most efficient way. Some crops, notably sugar beet and sugar cane, are so productive that they may need only half the land, compared with second generation crops. Moreover, as nova points out, first generation industrial crops have many side products, notably proteins of which there is a world shortage, that can be (and are) used for food and feed. Finally, second generation technologies are not yet mature, do not have high efficiencies as yet, and require a major capital investment. The present EU policy, that one-sidedly promotes second generation feedstock, is clearly off the mark then. 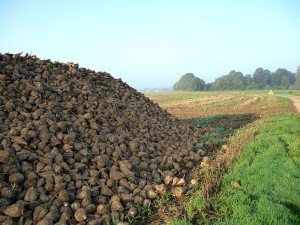 The importance of flexibility
Nova adds a reflection on food crisis management that resembles the ideas earlier voiced by Alle Bruggink on this site. Increasing industrial use of first generation feedstock (i.e. edible crops) could help alleviating food crises (or excessive food price rises), provided that this use would be flexible. ‘In a food crisis,’ nova states, ‘sugar cane (Brazil) and corn (US), for example, can immediately be redirected to the food and feed market…. This already occurred in Brazil in 2011 via a flexible bioethanol quota … that can be used to stabilise prices of food and feed. In contrast, a fixed quota like the one operating in the EU and the US tends to destabilise market prices.’ And, they add, ‘lignocellulosic biomass can only feed industry, even during a food crisis.’

The importance of flexibility, but on the production side, is also stressed by Hans Langeveld in a reaction to Alle Bruggink’s article. He makes a plea for ‘increased flexibility in growing crops for food and other purposes. Many decisions on growing crops are taken just once a year. We could stimulate fast growing crops for easing out extreme price fluctuations … e.g. soy or rapeseed after winter wheat in moderate climates, maize as a second crop in Brazil.’

And, on the other side of the spectrum, Oxfam which waged an all out campaign against biofuels only last year, seems to be willing to moderate its stand and consider combined food and energy production as an option. There are arguments for a policy revision, and the momentum for it seems to be mounting.

Energy as a side product
But do biofuels (as opposed to biochemicals) still deserve to be a cornerstone of climate policy? In view of their large volume, and the major claims they will lay on agricultural land? In view of the much higher efficiency per hectare of solar energy (PV)? Nova makes a fervent plea for a level playing field between industrial material uses of biomass and biofuels/bioenergy. ‘The industrial material use of biomass leads to a much higher turnover, added value and employment per ton (and also per hectare) along the long added value chain…. Due to their higher added value, bio-based materials and products need much less financial support – or no support at all, if market distortion of unbalanced support for bioenergy and biofuels is reduced.’ If we give priority to chemicals and materials production from biomass (and treat energy as a side product), this will further ease out tensions between food and fuel. Industrial claims on biomass will be much lower. And as other energy sources come on stream, we might reduce remaining energy claims on biomass accordingly.

‘Of course,’ as nova Institut stresses, ‘with a growing world population, the first priority of biomass allocation is food security.’ Given that priority, land lain fallow should be reused. And investment in agriculture should be stimulated, as land productivity in large areas still falls far short of the potential. With growing productivity, industrial use of agricultural crops may be viewed in quite another light. Ample food for thought for European policy makers.

Nova publication to be downloaded shortly at www.bio-based.eu/policy/en/index.php
Hans Langeveld’s work to be checked at www.biomassresearch.eu