You are here: Home / No category

Europe appears to be in a bad state. Poverty and unemployment are on the rise, the rich and the poor grow apart, the financial system is out of control. In

There will be more local self-supply or even autarky in the new world, for instance in energy systems. But whereas in the past, autarky equalled shortage and even poverty, in

Summing up, we arrive at our vision. New social patterns will be sustained by the development of new technologies, that will primarily promote local and regional economic growth. Sustainability is 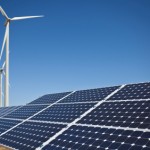 Energy systems will revolutionise even more radically than industry. The price of solar cells has taken a dive. They are modular in makeup, i.e. they can be applied both on

This October, EuropaBio’s European Forum for Industrial Biotechnology and the Biobased Economy (EFIB) brings together a panel of multinational CEOs to discuss the evolution of a world leading EU bioeconomy.

The environmental movement of the seventies, precursor to the present movement for sustainability, was largely anti-technological. Technology seemed to be inherently large-scale; it produced nuclear power stations and polluting chemical

In Europe we witness intensive social participation, coupled to increased self-confidence. People often decide to leave government and political parties aside. They seek and find each other in loose alliances,