The energy transition has progressed quite a bit. To the extent that we can predict the outcome: renewable energy sources will win. But the real problems are surfacing now. The 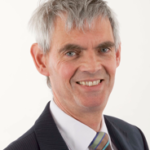 We met Wijnand Schonewille many times at biobased economy conferences – we, the late Paul Reinshagen and I. And we talked, because Wijnand had refreshing ideas and innovative views. He