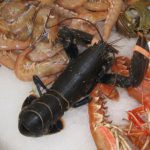 On August 5, the Biofuels Digest ran a story on chitosan, an exciting biobased substance with a bright future, almost unknown to the public so far (and unfortunately, also to industry). We highlighted it almost three years ago. Since then, science has gone on and discovered many new applications. Chitin and chitosan Chitosan is closely 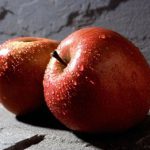 Biobased chemical building blocks go through a difficult phase: with falling crude oil prices over the past years, these chemicals had a hard time to remain competitive to fossil-based chemicals. Nevertheless, a nova Institute report predicted an 8% p.a. growth across the board for them in the five years to come. Last month, nova Institute

Cyrene is a biobased solvent intended to substitute toxic solvents in fine chemistry and pharmaceutical industries. It is produced by Circa, an Australian company that has partnered with the Green Chemistry Centre of Excellence (GCCE) at the University of York, UK, and with pulp and paper company Norske Skog to start industrial production in Europe.

#Scientists @txextension have shown how they can change #livestock's diet preferences to benefit #rangeland #ecology. Their ACE #goats are now helping to control #invasive #juniper shrubs across the #GreatPlains of the US scientia.global/dr-john-walke… #sustainability #agriculture @TAMU

Our 4th winner is Narmeen Qureshi, a 9 year old also from Pakistan. Loved the way she had thought about everything from #sustainability to even designing a suitable landing gear to withstand the surface of #mars! She has certainly ticked all the boxes! @PuffinBooks @AeroSociety pic.twitter.com/6EHPJ1IFLr

Curious about the Graduate Diploma in Social Responsibility & #Sustainability for 2021/22 - Join our March 10th Information Session on ZOOM. Meet Grads, learn how you can make a #SocialImpact while learning to make a Social Impact. #CSR #ESG Sign up here: lnkd.in/g_pZtwg pic.twitter.com/8iFaLJt8ro

About a minute ago from Graduate Diploma in CSR & Sustainability's Twitter via Hootsuite Inc.

We’re proud to introduce the @fashionmakeschg movement to fund women’s education around the world. Together we will work towards creating a more #sustainable future by empowering & educating women in supply chain communities. Join us. avydn.co/3kDsHzZ #ADSustainability pic.twitter.com/VI6GXjhfDA

About a minute ago from Avery Dennison's Twitter via Sprout Social

About a minute ago from The Ethical Shop's Twitter via Hootsuite Inc.

About a minute ago from Signify Türkiye's Twitter via Sprinklr

About a minute ago from Wildlifetek's Twitter via Hootsuite Inc.