Industry is going to embrace synthetic biology. It can hardly do otherwise, following the promises of higher yields, purer products and greatly reduced environmental impact. But will their customers accept that? This is the sixth article in a series on public acceptance of biotechnology in food production. The articles appeared on 18 February, 2 March, 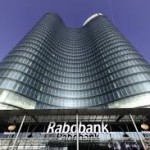 Poor Rabobank! Potentially it is one of the main financiers of the biobased economy. But will it have to say goodbye to its successful cooperative model, whereas the biobased economy seems to need it now? Cooperative banking has powered its growth; just a few years ago, Rabo was the only privately owned bank in the 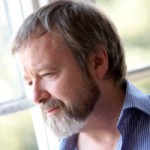 In the tension between sustainability and efficiency something strange is going on: it seems as though the concepts belong to two different worlds, with separate languages. As becomes apparent from reading “The Master and his Emissary”, a 2010 book by Iain McGilchrist (1,2) this might not be so far from the truth. McGilchrist uses the 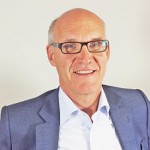 Agriculture and chemistry are moving closer to each other. If they would integrate, Rabobank’s Daan Dijk said at the World Bio Markets conference, they will trigger the 21st century innovation wave. Together they will form a new economic sector as strong as ICT when information and communication technologies merged. A strong biobased supply chain will 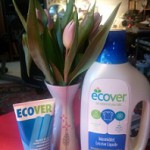 Last year, Ecover made a courageous decision. It decided to kick out palm kernel oil (widely known for its shaky sustainability) as a feedstock for many of its detergents, and replace it by a bio-equivalent oil produced by engineered algae. And not only did Ecover decide to do so, it also decided to communicate this

A ‘disruptive technology’, that is what Elevance Renewable Sciences calls the metathesis reaction on which the company is built; never omitting the proud words ‘Nobel Prize winning’ (Chemistry, 2005). They use it to turn their feedstock, mainly palm oil (but potentially also soy, canola or rapeseed, jatropha etc. oils), into a wide variety of lubricants, 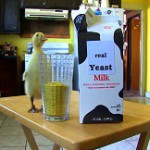 Synthetic biology offers us a countless number of opportunities to reshape natural materials, and even our food. Yes, that would mean synthetic food. Many people would dismiss this right away as a viable opportunity, but it might be worthwhile to investigate the case for it. Could synthetic food reshape the way we produce and consume 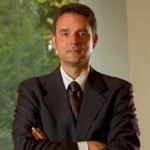 Novamont is an Italian company that aims to develop materials and biochemicals through the integration of chemistry and agriculture. It is one of the flagships of the rapidly expanding Italian bioeconomy. At the World Bio Markets conference in Amsterdam, we spoke to Stefano Facco, their New Business Development Director. ‘In the bioeconomy,’ Facco says, ‘we