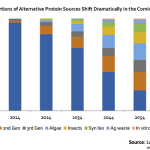 One of the main concerns about world food supply is the production of proteins. Lux Research, in a new study, suggests that ‘the current dominance of meat and seafood will wane in the coming decades,’ and that ‘several alternative protein sources will fill the gap.’ Whereas global protein consumption would double in 40 years’ time 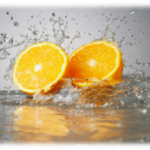 Public judgement surprises biotechnological researchers again and again. Sometimes it is surprisingly favourable, like in the case of the development of artemisinin, an anti-malarial drug, using modified organisms. Often it is unfavourable, like when public judgement was squarely negative on cloned animals like Herman the bull and Dolly the sheep; and quite recently at the 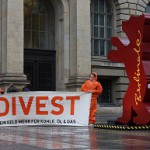 Today and tomorrow is Global Divestment Day, the day when concerned citizens around the world ask institutional investors like universities and pension funds to withdraw their investments from fossil fuel companies. Because, as gofossilfree.org puts it, ‘as governments fail to take bold action to confront the climate crisis and fossil fuel expansion continues at an 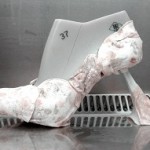 The Myco Design Lab of the international art foundation Mediamatic based in Amsterdam, links the worlds of industry and art. This program is about everything we can do with mycelium, the predominantly underground fungi threads or hyphae that form the vegetative part of fungi. The Myco Design Lab researches, grows, changes, shows, eats, cooks and

We should create a carbon tax now, as energy prices are low, said the British economist Paul Ekins last week in The Hague, at a conference on green growth. That will allow us to start the necessary transformation towards taxation of resources (and reduce taxes on labour); while at the same time shielding energy intensive 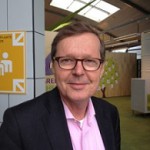 This site recently ran fine stories about more sugar, soon on the market in North-western Europe; industry will process that to bioethanol and further to bioethylene, with ethylene oxide and ethylene glycol in its trail. That is the basis for the green chemical industry to make a take-off in Europe, entailing billions of investment. But