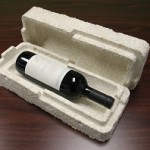 In the future, we might not blow, mould or cast most of our materials, but grow them. That is, if we embrace mycelium, the ultimate biobased material: fully green, growing on any substrate (particularly on waste) and fully biodegradable. We can shape it in any form: let it grow in a cavity filled with neutral 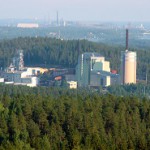 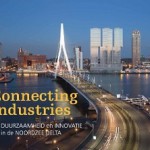 Sorry, we publish the review of this book ‘Connecting Industries’ only in Dutch.

At first sight, the discussion was quite adequate at the meeting ‘A sustainable bioeconomy in 2030: are we on the right track?’. Organised by the Dutch Commission on Biomass Sustainability Issues, usually called Corbey commission after its chairwoman. But beneath the surface, there are still two bioeconomies, two radically different views on the future of

‘Companies that consider the construction of a factory for biobased bulk chemicals, will have to consider Europe. Some years ago, this was quite different. Nobody even considered the option of going to Europe; the United States, Brazil and Thailand were the places to be. But that has changed fundamentally. The reason: the extra supply of 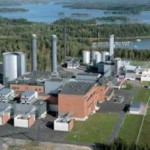 At EFIB, last October, the most brilliant lecture – in my humble opinion – was delivered by Johanna Buchert, a Finnish professor who works at VTT, the Technical Research Centre of Finland. She showed the vast range of products that we can recover by wood biorefinery, from the most abundant biomass feedstock on earth, using

Energy efficiency is our cheapest energy source, with a very large potential. It has been so for forty years and will probably continue to be so for decades to come. And yet, 99% of energy policy and energy debate is about energy supply. Due to ‘gross inequality not in achievements but in microphones,’ according to 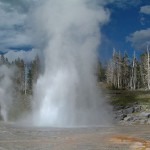 Marine biotechnology is a challenging field of research with the prospect of very interesting discoveries like new antibiotics, cosmetics and food additives – albeit with few commercial projects so far. Both the very demanding environments (some very hot, some down to 6,000 metres) and the quite different biochemistry of marine organisms pose problems, or rather

The scale of the #sustainability challenge calls for a level of public-private cooperation not experienced for decades. New partnerships and new platforms are needed to drive global impact on the @UN's #SDGs. Read: bit.ly/GISDreport #WeNeedToTalk #RenewRechargeReinforce pic.twitter.com/xDwtcbhUvI

🎯Bringing $120B worth of unused textiles back to life, the @queenofraw has already saved over one billion gallons of water while saving businesses millions of dollars with supply chain efficiency. Learn how ~> apple.co/3fU0N0r #supplychain #sustainability #technology

The bags in my new collection are hand made to order with laser cut, recycled perspex and are hand embellished with recycled and zero waste sequins! I can't wait until the launch! #slowfashion #sustainablefashion #Sustainability #handmade #Accessories pic.twitter.com/EMW2UoXkk5

A great resource for everything you need to know about how to properly recycle closures. It’s very important to know how to effectively decrease plastic waste. #recycling #sustainability #capson #packaging #education Find out more here: plasticsrecycling.org/educati… pic.twitter.com/qiZbMbxa1W